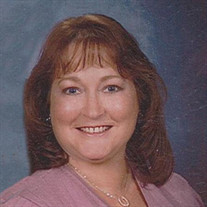 Sara Ann Foresythe Collins (Ann) was born in New Orleans, Louisiana on February 15, 1962 at the Baptist Seller’s Home for Children. Her adoptive parents were Charles and Glenna Foresythe. Ann began school at Selmer Elementary. She was a good student and her love of animals appeared at a very young age with a pet cat named ‘Puff’. As she grew older, over the years, she had 3 pet ponies, multiple cats of all types, two Labrador retrievers, two mixed breed dogs, and many Quarter horses and in recent years Quarter Ponies. Upon graduation from McNairy Central High School in 1980, Ann began her higher education at the Patricia Stevens Finishing School in Memphis, Tennessee. There she developed the skills to be an executive assistant. For many years, she worked at McNairy Central High School as the Data Entry Secretary. Throughout her life Ann continued with her horseback riding and began an interest in photography. Ann went across the south photographing horse shows and making people happy with her sharp images of horses and their riders in action. She became the secretary for the Quarter Pony Association. She also enjoyed being a part of Civil War Reenactments and was a member of a Tennessee Cavalry Division. In December of 2021, Ann acquired Covid-19 and after a long fight passed peacefully on February 2, 2022. Ann is survived by her daughter, Rebecca Collins Colio of Arlington, TN; grandsons Gage, Sladen and Asher Colio of Arlington, TN; brother Brad Foresythe of Atlanta GA; two half-sisters, many cousins, relatives and friends. She was preceded in death by her mother and father, Charles and Glenna Foresythe and her son-in-law SSgt Jesse Colio, USMC. In lieu of flowers, donations may be made to the veterans organization, Mission22.com. Visitation will be held on Monday February 7, 2022 at 10:00am with service to follow at 11:00am at Shackelford Funeral Directors of Selmer Tennessee and the interment will be at the Alamo City Cemetery in Alamo, TN at 3:00pm. The family requests visitors wear masks when attending the visitation and service.

The family of Ann Collins of Selmer, TN created this Life Tributes page to make it easy to share your memories.

Send flowers to the Collins family.