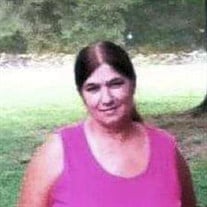 ANNETTE BERRYHILL Henderson, TN: Jacqueline Annette Pickett Berryhill age 60, passed away October 4, 2021 at Jackson Madison County General Hospital. She was born August 20, 1961 in Milan, TN, the daughter of the late Warren and Emmer Jean Robinson Pickett. She grew up in Memphis and graduated from Millington Central High School in 1982. She married Thomas Berryhill on November 11, 1989 and they made their home in Drummonds, TN. She was a homemaker and also worked at McDonalds, Kroger, Cracker Barrel and housekeeping for Economy Inn and Magnolia Inn. She retired in 2017 due to her health. She enjoyed working the Jerry Lewis Telethon as a phone operator. She enjoyed going to the Casino at Tunica. She loved spending time with her grandchildren. Mrs. Berryhill is survived by a son, Phillip Vickers of Munford, TN and a daughter, Anna Clark of Munford, TN; four grandchildren, Hunter Vickers, Brianna Vickers, Devin Christianson and Emma Clark; a brother, Jerry Pickett (Eileen) of Channel View, TX and a sister, Nancy Lees of Denver, Colorado. She was preceded in death by her parents, her husband, Thomas Berryhill in 2006; two brothers, Ronnie Pickett and Jimmy Pickett and two sisters, Sharon Burch and Margaret Thompson. Funeral Services will be 2:00 PM Saturday at Shackelford Funeral Directors – Crook Avenue. Burial will follow in Cabo Cemetery. The family will receive friends at Crook Avenue 12 Noon until 2:00 PM service time on Saturday. Shackelford Funeral Directors of Henderson 731-989-2421

The family of Annette Berryhill of Henderson created this Life Tributes page to make it easy to share your memories.

Send flowers to the Berryhill family.