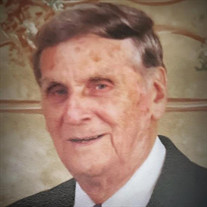 Mr. Browder departed this life on Saturday, March 6, at Brookdale Jackson Oaks Senior Living in Jackson, TN. He was born in Sumter, SC and moved as a young boy with his parents, the late Arthur Monroe, Sr. and Norma Irwin Browder, to Grand Junction, TN. In addition to his parents, he was preceded in death by a sister and brother-in-law, Joyce and Karl Warren of Martin, TN; and a brother, Buford Irwin Browder of Jackson. A 1949 graduate of Grand Junction High School, Mr. Browder received both his undergraduate degree in Finance and his master's degree in Education from the University of Memphis. He served Hardeman County, first as an elementary and high school teacher, then as Assistant Superintendent of Schools. Mr. Browder became Superintendent upon the retirement of McCoy Ross in 1973 serving until 1978, at which time, he assumed the position of assistant again until his retirement. He served the city of Bolivar as a city councilman in the mid to late 1980's when he also was Police and Fire Commissioner. Mr. Browder also was past chairman of the board for Merchants and Planters Bank. He was an active member of Bolivar First Baptist Church and served his country in the US Air Force. ` Mr. Browder enjoyed traveling especially to the mountains. Some of his favorite spots were the Tetons, Jackson Hole, WY, Estes Park, CO and Glacier National Park. An avid gardener, he took pleasure in caring for his azaleas and doing landscaping around his home. Additionally, he wrote poetry and spent quite a bit of time in nature. He was known to be able to hand-feed squirrels, foxes and even cardinals. He also liked spending time with his friends as they drank coffee each afternoon at Joe's Restaurant in Bolivar. He is survived by his wife of 53 years, Rosalyn Sammons Browder, who he married on July 9, 1967; his daughter, Ellen Fulghum and her husband, Mark, of Bolivar; two grandchildren, Becca Jeter and her husband, Josh, of Bolivar, and Ben Fulghum of Bolivar; a sister-in-law, Doris Browder of Jackson; and several nieces and nephews. Memorials may be sent to the Bolivar First Baptist Church Homebound Ministry or Samaritan's Purse. [http://www.samaritanspurse.org]

Mr. Browder departed this life on Saturday, March 6, at Brookdale Jackson Oaks Senior Living in Jackson, TN. He was born in Sumter, SC and moved as a young boy with his parents, the late Arthur Monroe, Sr. and Norma Irwin Browder, to Grand... View Obituary & Service Information

The family of Arthur Monroe "Art" Browder, Jr. created this Life Tributes page to make it easy to share your memories.

Mr. Browder departed this life on Saturday, March 6, at Brookdale...