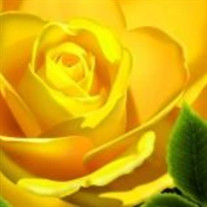 Beatriz Granado Torres was born on May 12, 1948 in El Paso, Texas, the daughter of the late Benito and Belen Galendo Granado. She was married for over 25 years to Adolph Chavez, who preceded his wife in death on September 9, 2019. Beatriz spent the majority of her life living in Colorado. Prior to her retirement, Beatriz worked as Head of Administration for the State Department of Colorado in the Department of Migrant Education. She also translated for the local judge and helped migrants get their citizenship papers. Retiring at the age of 50, Beatriz wanted to leave the big city and live in a rural area, so 17 years ago she moved to Morris Chapel, Tennessee. Beatriz was a very godly woman who had a deep love for the Lord, a love that led her, whenever possible, to pause for devotionals three times a day. She also spent time holding local and online Bible studies. An avid reader and writer, Beatriz had several articles included in publications such as Reader's Digest. Lately she had done product research for Amazon, writing reviews for many of their offerings. Beatriz had a caring heart and would take anyone in - and she was very funny, easily making others laugh with her witty sense of humor. Her greatest love of all was her family. Beatriz Granado Torres departed this life on August 27, 2021 in Savannah, Tennessee at the age of 73 years, 3 months, and 15 days. She is survived by her daughter, Veronica Rozsits of Lone Tree, Colorado; son, Jeremy Lee Torres of Morris Chapel, Tennessee; brother, Frank Granado of Kersey, Colorado; sister, Mary Foxall of Aurora, Colorado; and grandchildren, Ava Maria Rozsits and Roman Connor Alvarez. In addition to her parents and husband, Beatriz was preceded in death by her sister, Lupe.

Beatriz Granado Torres was born on May 12, 1948 in El Paso, Texas, the daughter of the late Benito and Belen Galendo Granado. She was married for over 25 years to Adolph Chavez, who preceded his wife in death on September 9, 2019. Beatriz... View Obituary & Service Information

The family of Beatriz Granado Torres created this Life Tributes page to make it easy to share your memories.

Send flowers to the Torres family.