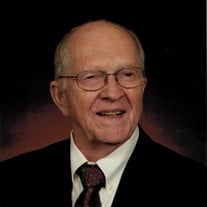 WALDER JESSE ‘BUDDY’ RECORD Walder Jesse ‘Buddy’ Record was born September 17, 1931 in Chester County, the son of the late Callier Jesse and Gladys Futrell Record. He passed on to his home in heaven on August 28, 2021. Buddy was raised and worked on the family farm as a young man. He graduated from Chester County High School in 1949. He entered the cotton warehousing business in 1956. In 1959, he was transferred to the Federal Compress in Dyersburg, where he raised his family. In 1978, he was transferred to the Memphis location and lived in Germantown until 2008. His grandchildren hold many fond memories with the time they spent with their “Pa” and “DuDu” ice skating, swimming, shopping and being thoroughly entertained. He retired from the cotton industry in 1997, but continued to work as a consultant for seven years before retiring in 2004. He proudly served in the Tennessee National Guard for thirty-three years and in the Army Reserve for five years, retiring as a Colonel. He was a true Patriot. Buddy was a former member of the Dyersburg Rotary Club and a current member of the Henderson Lions Club. He was also a member of the Chester County High School Alumni Association and a faithful Christian, serving the Henderson Church of Christ. He is survived by one daughter, Jennifer Lowery (Danny) of Dyersburg and one son, Jeffrey Record (Ellen) of Montgomery, AL and two stepdaughters, Constance Campbell of Henderson and Allison Campbell Hill of McKenzie. He is survived by nine grandchildren who called him Pa; Carol Markham, Sally Johnson, Jenny Irions, Julie Ozment, David Lowery, Jessica Record, Jason Record, Derrick Campbell and Ashley Ladd. He leaves behind twenty great grandchildren and two great great grandchildren. His granddaughter, Ricki Suzanne Lowery, preceded him in death at the age of fourteen months. Buddy was preceded in death by the mother of his children, Olera Nance Asbridge and by his daughter, Jana Laurie Harris. He was also preceded in death by his wife, Dorothy Simpson Record, who his grandchildren lovingly named “DuDu”. Sadly, just twelve days before his passing, he was also preceded in death by his wife, Margaret Newman Record, who he married in 2002. They lived in Henderson from 2008 until the present time. His sister, Betty Thurman, of Oklahoma City, and two brothers, Bill Record of Henderson and Dan (Tommy) Record of Dayton, TN also preceded him in death. The family expresses special appreciation for the loving care he received from Pam Loyd and Comfort Keepers and the wonderful employees of AseraCare Hospice. The family request that in lieu of flowers, memorials be made to the West TN Children’s Home and please designate “West TN Campus”, P.O. Box 10, Spring Hill, TN 37174 or Mid-South Youth Camp, 206 Youth Camp Loop, Henderson, TN 38340. Funeral services will be 12 Noon, Wednesday, September 1st at Shackelford Funeral Directors – Crook Avenue Chapel with Dr. Milton Sewell officiating. Burial will follow with Military Honors in Pisgah Cemetery. There will be no visitation due to COVID precautions. Pallbearers to serve will be, Eloiett Johnson, Preston Ozment, Brandon Irions, Parker Patterson, David Lowery and Derrick Campbell. Shackelford Funeral Directors of Henderson 731-989-2421

The family of Buddy Record of Henderson, TN created this Life Tributes page to make it easy to share your memories.

Send flowers to the Record family.