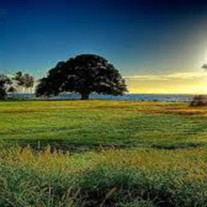 Carter Blanton departed this life on Friday, July 31, 2020, at the age of 66 years and 12 days. He was born in Hardin County, Tennessee on July 19, 1954, the son of the late Cletious and Pearl E. Palasxo Blanton. On September 8, 1992, he was united in marriage to Cynthia Beavers, who survives. Carter liked to joke and was a hard worker. He held many positions throughout his life including, repo man, painting houses, tree and lawn service, and had also been the caretaker of Savannah Cemetery. In addition to his wife, Cynthia Blanton of Savannah, Tennessee, Carter is survived by his children, Charoni Blanton, Pearl Barnes, Billy Blanton, Tonya Qualls, and Bryant Jent, all of Savannah, Tennessee; grandchildren, Paul Stricklin, Butch Qualls, and Star Ferrell; brothers, Thomas Blanton and Billy Blanton, both of Savannah, Tennessee; and a sister, Linda Ridgell of Savannah, Tennessee. Along with his parents, Carter was preceded in death by his sister, Wanda Wilkins. A private memorial service is being held.

The family of Carter Blanton created this Life Tributes page to make it easy to share your memories.

Send flowers to the Blanton family.