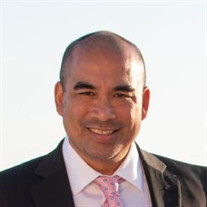 David Amando Cosmiano (54) of Toone, TN died Friday, January 28, 2022 at Jackson Madison County General Hospital. He leaves behind 4 children: Matthew Tubbs (Brittani) and children Diana & Jack of Las Vegas, NV; Kali Cosmiano Ferguson (Keath) and son Luke of Crestview, FL; Megan Cosmiano of Medina, TN; and Christian Cosmiano of Medina, TN. David is survived by his mother Emma Cosmiano of Toone, TN; sister Grace Cosmiano Plunk (Matt) of Destin, FL; and brother Peter Cosmiano (Rebecca) and daughters Eleanor, Rosalind, & Lucy of Jasper, AL. David was preceded in death by his father Amando (Andy) Cosmiano and grandparents Rufina & Crisogono Billanes and Venancio & Juana Cayading Cosmiano from the Philippines. “Dave” or “Cosmo” is known in the community for drumming in local bands and churches. His musical career began as a trumpet player in Elementary, Junior High and High School. He also enjoyed playing the piano & harmonica and singing. He had many different work experiences as a land surveyor, printing press operator, pizza chef, forklift driver, electrical worker, and book publishing order processor, but he regarded his most important job as being Daddy to four beautiful children and a special step daughter, Kaylee Riddle Hurt. David grew up playing softball and baseball and was a pitcher in several church and community softball leagues. He loved outdoor activities such as fishing, camping, and hanging out around a fire. He was blessed with many friends from work, church, band gigs, and throughout the community. If you “hung out with Dave,” you were sure to have a smile on your face. David’s family will long remember his love for them, his many funny faces & jokes, and intense passion for Alabama football. A memorial service will be held on Saturday, Feb 5 at 1:00 pm at First Baptist Church, Bolivar, TN. Visitation begins at noon.

The family of David Cosmiano created this Life Tributes page to make it easy to share your memories.

Send flowers to the Cosmiano family.