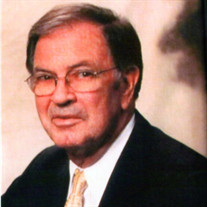 David Fay Hime departed this life on Wednesday, April 14, 2021, at the age of 83 years, 6 months, 17 days. He was born in Clifton, Tennessee on September 28, 1937, the son of the late Wesley and Nancy Lee Riley Hime. On December 24, 1955, he was united in marriage to Martha Bowling, who survives. As a teenager, David would haul lumber at his dad's sawmill. Around 1959, he began working on the river. He started on the towboat as a deckhand and was employed by Arrow Transportation and different companies before becoming a pilot and then captain, a job he loved and took great pride in. In 1968, he went to work for Crounce Corporation and retired as a captain on February 1, 2002, from the Mary Artie Brannon. His reputation for being one of the best pilots allowed him to continue receiving calls from various companies. So, after retiring he still "tripped" for TVT and others. David was a member of the First Pentecostal Church of Crump and the Steelworkers Union 14269. He was willing to help others and above all loved the Lord and loved his family. His meek and mild manner will always be a legacy for his family. In addition to his wife of 65 years, Martha Hime of Savannah, Tennessee, David is survived by his daughters, Sandra Eliff and her husband Wayne of Crump, Tennessee, and Lisa Holt and her husband Keith of Savannah, Tennessee; grandchildren, David Eliff and his wife Kelly of Lexington, Tennessee, Duane Eliff and his wife Amber of Crump, Tennessee, Kyle Holt and Kaden Holt, both of Savannah, Tennessee; great grandchildren, Wesley Eliff and Charli Eliff, both of Lexington, Tennessee, and Briley Eliff and Brady Eliff, both of Crump, Tennessee; and sister-in-law, Vera Dale Hime of Clifton, Tennessee. Along with his parents, David was preceded in death by his siblings, William Arnold Hime, Walter Hime, Ruth Wright, Rachel Kelly, Ruby Hime, Jimmie Hime, and two infants. Memorial donations may be sent to Crump First Pentecostal Church, PO Box 235, Crump, TN 38327.

The family of David Fay Hime created this Life Tributes page to make it easy to share your memories.

Send flowers to the Hime family.