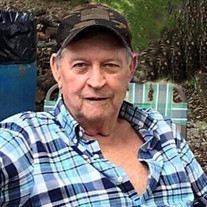 Donald Wayne Wilbanks was born April 15, 1942 in McNairy County, TN, the son of the late Claude Wilbanks and Berniece Bass Wilbanks. He was united in marriage to Mary Charlene Wren on December 20, 1963. He retired from Aqua Glass. He also... View Obituary & Service Information

The family of Donald Wayne Wilbanks of Selmer, TN created this Life Tributes page to make it easy to share your memories.