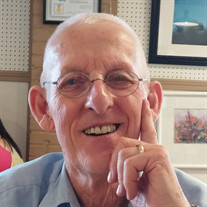 DOUG BURKHEAD Henderson, TN: Douglas Burkhead age 79, passed away October 3, 2021 at Jackson Madison County General Hospital. He was born August 31, 1942 in Pinson, the son of the late L.T. and Jessie Melvina Ridley Burkhead. He grew up in Chester County and graduated from Chester County High School in 1960. He later graduated from Jackson State Community College in 1984 with an Associate of Science Degree in Psychology. He joined the U.S. Navy in January 1961 and served in active duty until 1963. He then joined the U.S. Naval Reserve until 1976. Upon his discharge from the Naval Reserve he enlisted in the TN Army National Guard retiring in 2002 as Staff Sergeant. He received many citations and awards during his military career. In addition to his military career he worked for the USPS as a mail carrier from 1966 until 1986 when he retired. He was also extremely civic minded, serving as Henderson City Alderman; Chester County Commissioner; was a life member of the VFW; served as Treasurer for the Friends of Chickasaw State Park; Charter Vice President for the Chester County Historical Society; Chaplain of the Britton Lane Battlefield Association; Founding member, President and Past President of the Parkers Crossroads Battlefield Association; served on the Vo Tech School Committee for Henderson; a Life Member of the Sons of Confederate Veterans; an active blood donor and a Free Mason. He was a Baptist in Belief. He married Peggy Ann Braden in 1974 and she preceded him in death on July 24, 2003. He married Patricia Reinhardt on December 27, 2003 and they made their home in Henderson. Mr. Burkhead is survived by his wife, Pat Reinhardt Burkhead of Henderson; two sisters, a twin sister, Delores Hatch of Henderson and Helen Weaver (Daryl) of Burkburnett, TX ; a sister-law, Louise Burkhead ; two nephews, Wesley Weaver of Oklahoma and Chris Weaver of Colorado; mother-in-law, Ruth Hyatt and brother-in-law, Ricky Hyatt both of Germany; and a sister-in-law, Jo Ellen Dillon of Brookhaven, MS. He was preceded in death by his parents, two brothers, Tommy Keith Burkhead and Mike Burkhead (2021) and a sister, Dorothy Turner. Funeral services will be 11:00 AM Thursday, October 7th at Shackelford Funeral Directors – Crook Avenue Chapel with Bro. Ken Frye officiating. Burial with Military Honors will follow in Hearn’s Chapel Cemetery. The family will receive friends at Crook Avenue on Wednesday, October 6th from 5:00 PM to 8:00 PM. In lieu of flowers donations may be made to Friends of Chickasaw State Park or Friends of Pinson Mounds. Shackelford Funeral Directors of Henderson 731-989-2421

The family of Doug Burkhead - Henderson, TN created this Life Tributes page to make it easy to share your memories.

Send flowers to the Burkhead family.