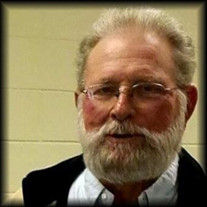 Duane Hammons departed this life early Thursday morning, August 19, 2021 at Magnolia Regional Health Center in Corinth, MS. A native of Bolivar, he was born Saturday, January 22, 1949, son of the late Edsel William Hammons and Ruth Elizabeth Stewart Hammons, living all of his life here. He was an OTR driver for 40+ years, owning and operating his own business, Hammons Trucking, for several years. He enjoyed the lifestyle immensely, but also loved watching St. Louis Cardinals baseball and especially watching his grandchildren play travel ball. He played football for 2 years at Auburn University until a shoulder injury prevented him from continuing. Mr. Hammons married Brenda Vaughan on February 19, 1977 and was a member of Bolivar First Baptist Church. Survivors include his wife, Brenda Vaughan Hammons; a daughter, Kim Graves (Steven) of Olive Branch, MS; a son, Josh Hammons of Bolivar; a brother, Dennis Hammons of Lumberton, MS; four grandchildren who were the light of his life, Seth, Aubrey, Noah and Elijah Graves; and a special buddy, Bentley. In addition to his parents, he was preceded in death by a sister, Deborah Frasure. Memorial contributions in his name may be sent to the Bolivar First Baptist Youth Fund or the Methodist Men's Ministry at Bolivar Methodist Church.

The family of Duane Hammons created this Life Tributes page to make it easy to share your memories.

Send flowers to the Hammons family.