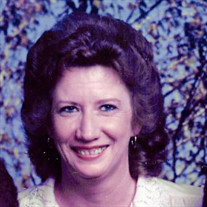 Edith M. Leitschuh, 74, of Lakeland. Tennessee, died of complications from Alzheimer’s disease on November 17, 2021, at Methodist Hospice in Memphis, Tennessee. The youngest of nine children, Edith was born Apil 6, 1947, in Fayette County, Tennessee, to Alfred W. Leitschuh and Ethel Estelle Pierce Leitschuh. Edith’s father had a small farm where Edith worked alongside her parents, brothers and sisters to grow cotton and gardens for the family. They all had the privilege of planting, chopping and picking cotton in the hot, dry summers. Her father taught himself the plumbing trade, and the family moved to a house in the city of Grand Junction, Tennessee. Edith graduated from Grand Junction High School, Class of 1965. Tall, slender and athletic, she played on the basketball team. Shortly after graduation, she married Donald Gene Jackson and started her family. They moved to Memphis, Tennessee, and Edith began her career working at Western Union. Eventually, she went to work for the Memphis Publishing Company, publisher of the Commercial Appeal and the Memphis Press Scimitar. After a thirty-three year career, she retired as an Assistant Credit Manager in March of 2006. During this time, and in addition to her career and rearing her children, Edith sometimes took on part-time work to provide for her family. She also played competitive softball and enjoyed dancing, fishing, and traveling with her brothers and sisters. Her immediate and extended families were large, and they made the effort to gather for reunions, cookouts, camping and spending time together. Edith is survived by her children: Tim J. Jackson of Murfreesboro, Tennessee; Travis Dwayne Jackson of Fayetteville, North Carolina; and Sheri Lynn Yarbrough (Terry) of Brighton, Tennessee. She is also survived by four grandchildren and four great grandchildren, along with her sister, Martha E. Stewart of Franklin, Tennessee, and her brother, Jerry Wayne “Pete” (Cathy) Leitschuh of Bolivar, Tennessee. Other survivors include Ray Phillips of Memphis, Tennessee, who was her companion of more than thirty-one years, and a multitude of nieces, nephews, cousins, friends, and her sisters-in-law: Martha Ray Sauls Leitschuh, Nancy Copeland Leitschuh, and Virginia Roberts Leitschuh. Edith was preceded in death by her parents, and by one sister: Rena Leitschuh Wilburn, and by her brothers: Willis Martin Leitschuh, Roger Curtis Leitschuh, Travis Alfred Leitschuh, Leon Piece Leitschuh, and Dickie Elwood Leitschuh, as well as her granddaughter, Kayla Renee Jackson, and her brothers-in-law: Lawrence E. Wilburn and James R. Stewart. Memorials and remembrances may be made to Ronald McDonald House or Grand Junction Cemetery Trust, PO Box 632, Grand Junction, TN 38039.

The family of Edith M. Leitschuh created this Life Tributes page to make it easy to share your memories.

Send flowers to the Leitschuh family.