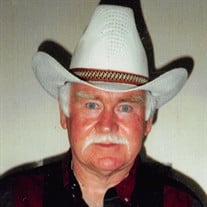 Mr. Edward Ray Doles, age 80, of Hornsby, departed this life Thursday evening, August 12, 2021 at his home. Born in Bolivar on Sunday, July 13, 1941, he lived here for many years before moving to Hornsby in 1992. There, he rebuilt the house on the land where he was raised. He was the son of the late Jessie William Doles and Mary Jane Ervin Doles. In addition to his parents, he was preceded in death by a sister, Virginia Doles Payne (David) and Bobby Lynn Doles, Sr. (Brenda). Mr. Doles was a 1960 graduate of Bolivar Central High School and served his country in the TN National Guard for four years. He grew up playing gospel and country music from the time he was a child. He and his family had a gospel music show on WBOL radio in Bolivar for several years and enjoyed playing guitar in several area bands including with his friend and performer Eddie Bond. It was his ability on guitar that attracted his wife, Loretta, to him and led to their eventual marriage. Ed was the founder and curator of Country Cabin Records Recording Studio and Music Museum in Hornsby. He spent many years building the museum up even attracting visitors from England, Holland, France and Spain. He was also a member of the Rock ‘N’ Roll Hall of Fame (#177). In his leisure time, he enjoyed gardening, farming, raising animals and, most of all, time spent with his family and friends. He retired from Kilgore Corporation after 40 years of service. He leaves his wife, Loretta Doles of Hornsby; former wife, Ethel Mae Hamburg Doles of Bolivar; daughter, Laurie Ann Naylor (Larry) of Medon; three sons, Michael Ray Doles (Sherry Cooper) of Jackson, Andy Hamburg (Misty) of Toone and Terry Hamburg (Melissa & children) of Centralia, IL; three brothers, Willard Doles of Selmer, Lawrence Doles of Orangeburg, SC and James Wayne Doles of Hornsby; six grandchildren, Katie Magallanes (Jose), Tommy Naylor (Dujuana), Crystal Doles (Charlie Jones), Jessica Wray (James), Shelby Hamburg (Amber) and Sara Bailey (Preaston); 17 great-grandchildren; and 16 nieces and nephews. Memorials may be sent to St. Jude Children’s Research Hospital. [http://www.stjude.org]

Mr. Edward Ray Doles, age 80, of Hornsby, departed this life Thursday evening, August 12, 2021 at his home. Born in Bolivar on Sunday, July 13, 1941, he lived here for many years before moving to Hornsby in 1992. There, he rebuilt the house... View Obituary & Service Information

The family of Edward Ray Doles created this Life Tributes page to make it easy to share your memories.

Send flowers to the Doles family.