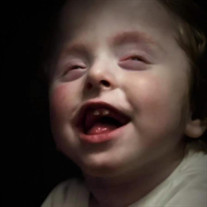 Evan Lee Nield passed from this life at 7 years old on Saturday, December 19, 2020, at Monroe Carell, Jr. Children's Hospital at Vanderbilt in Nashville, Tennessee. Evan was born November 29, 2013 in Orlando, Florida. At the time of his birth, he was diagnosed with hydro encephalopathy, a condition where too much cerebrospinal fluid builds up in the brain. He was also born with only one fourth of his brain. Despite doctors counting him out before his life really started, Evan was brought home to Tennessee in March 2014 to Ronald and Kim Nield's family. Evan was a member of Hornsby Baptist Church and was dedicated to the Lord Jesus on February 15, 2015 at Hornsby Baptist. Evan overcame obstacles that doctors said were impossible for him to achieve. He lived 7 years, despite being told he would only be alive for six months. Doctors said he would never see, hear, or feel, but Evan grew to teach others what true seeing, hearing and feeling was about in life. Evan spent his days listening to lullabies, watching hummingbirds eat from the feeders just outside his window, and laughing his heart out when his siblings would get in trouble. The more trouble they got into, the more Evan laughed. Listening to his PeePaw singing "Evan Lee" while holding his hand and receiving an unlimited amount of kisses, hugs and loving on his sweet face from Nana and his Aunt Amanda were his favorite times of the day. He endured more in his short life than most adults even face during their lifetime, yet Evan taught all those around him to appreciate life and live it to the fullest. His life exemplified the reality that no child, no life is of any less worth than another and all can be used for the glory of God. In seven short years, he touched countless lives, even those who had never met him, through his story of courage and survival. When he was not laughing at his siblings or brightening up a room with his smile, he was hanging out with his own personal superhero, Chris Mehr (aka: Batman). He enjoyed listening to his toy owl play lullabies, hearing others laugh, and he could not wait for Christmas to come around each year. His favorite time of the year was Christmas. He loved watching the Christmas lights and seeing all the colors. The brighter the lights, the happier it made him. Evan had a smile that would light up a room. During the darkest of days, he had the ability to make anyone smile. Throughout his life he continued to prove that it is not science, but God that has the final word on the value and dignity of a life. Though he was unable to speak, Evan taught others that communication is not limited to the spoken word. Though he was unable to walk, Evan taught those around him that it is not the steps you take but the life you live that counts. Though his life was limited in comparison to most, Evan showed the world that life was worth fighting for and love knows no limits. Evan was preceded in death by his great grandmother, Betty Ruth Vandiver, his grandparents, James David and Evelyn Louise Nield, his father, Ronald Lee Nield, and his sister, Kaleiah Nield. His legacy is carried on by his mother, Kim Nield (Chris Mehr), his grandparents, Homer Lee and Lynn Doyle of Hornsby and Harold and Marty Cook of Memphis, along with his siblings, Timothy Nield of Washington State, Anna and Eric McIntyre of Somerville, Dylan (Natasha) Edmonds of Oakland, Matthew Edmonds of Los Angeles, CA, Stacey Nield of Hickory Valley, Taylor Mynatt of Bolivar, Lindsey Edmonds, as well as Diamond, Stephanie, Zach, Arabella, Ayla, Emma, Jayden, Dani, DeShawn and Cornelius Nield of Bolivar. He is also survived by extended family and friends, Vern and Vina Mehr of Bethel Springs, Tekela Simon of Whiteville, Kimberly McDonald of Bolivar and Carla DelGiorna of Jackson, as well as numerous lives he has touched. Charitable contributions made in memory of Evan may be sent to Hornsby Baptist Church. The family requests all in attendance please wear a mask or facial covering and also wear bright Christmas colors or Christmas sweaters to celebrate Evan's Life. In true Evan style, the brighter, the better. While visiting or attending services for Evan, please consider the following guidelines: * Maintain 6 feet between yourself and the next closest person; * Refrain from hugs and handshakes; * When you sneeze or cough, use your elbow to cover your nose and mouth; * Wash your hands often; * Avoid touching your face; and * Minimize time spent in places where people gather. Thank you for your consideration.

Evan Lee Nield passed from this life at 7 years old on Saturday, December 19, 2020, at Monroe Carell, Jr. Children's Hospital at Vanderbilt in Nashville, Tennessee. Evan was born November 29, 2013 in Orlando, Florida. At the time of his birth,... View Obituary & Service Information

The family of Evan Lee Nield created this Life Tributes page to make it easy to share your memories.

Evan Lee Nield passed from this life at 7 years old on Saturday,...

Send flowers to the Nield family.