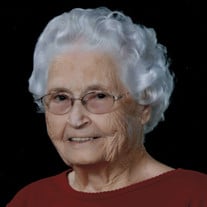 Frances Ada Henderson: Margaret Frances Roland Ada, age 97, passed away Friday February 5, 2021 at her home. She was born in Chester County, August 16, 1923, the daughter of the late Arb and Velma Murley Roland. Mrs. Ada attended school in Chester County and married Charles Ada, Jr. on May 17, 1941. They moved to Indiana in 1954 and returned to Chester County in 1959. Mr. Ada preceded her in death on May 3, 2013. She was a former member of the Home Demonstration Club. She loved working in her flowers and yard and going to yard sales and estate sales and using her haggling and negotiating skills. She was a member of Unity Baptist Church. She is survived by a son Tommy Ada and wife Donette of Homer, IL, a daughter Carolyn Griffin of Finger, a daughter-in-law Brenda Ada of Henderson and a sister Betty Morris of Henderson, eight grandchildren; Joe Ada, Tammy Perry, Dawn Weisman, Dana Gream, Amy Anderson, Mark Griffin, Matt Griffin, and Andrea Talbott, twenty one great grandchildren, and fourteen great-great grandchildren. Her special caretakers were her two granddaughters Tammy and Amy. She was preceded in death by her parents, husband, a son Jerry Ada and a son-in-law Jere Griffin. Funeral services will be 2:00 PM Monday at Shackelford Funeral Directors East Main Chapel with Brother Ronnie Geary officiating and burial will be at Cave Springs Cemetery. The family will receive friends at East Main Chapel from 5:00 pm until 7:00 PM Sunday. Shackelford Funeral Directors Henderson, Tennessee 731-989-2624

The family of Frances Roland Ada - Henderson created this Life Tributes page to make it easy to share your memories.

Send flowers to the Ada family.