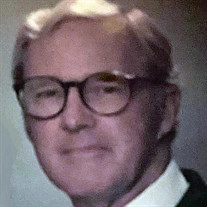 Commander Frank Albert Zaller, USN (RET) 1920-2021 CDR Frank Albert Zaller of Bolivar passed away peacefully in his home at the age of 101 on 29 October 2021. He was the husband of the late Helen Samsel Zaller who preceded him in 2012. He enlisted in the United States Navy in 1940 and continued serving for 29 ½ years until his retirement in 1969. He rose through the enlisted ranks, attaining the Rank of Chief Petty Officer. He served in both the Atlantic and Pacific theaters during WWII and landed with the United States Marines at Iwo Jima. He later supported the Inchon Invasion during the Korean War. In the 1950’s, he was selected for promotion to Ensign, Medical Service Corps (MSC). He especially enjoyed his assignments in Pensacola, FL where he earned the nickname “Snapper Zaller”. If you wanted to catch big fish then he was your man! At the time of his retirement from the Navy, he had risen through the ranks from enlisted Seaman Recruit to a senior Commander and the Administrator of the Philadelphia Naval Hospital. Following his Navy career, he accepted a position with Tennessee Department of Mental Health. He served the State for ten years, first as Administrator of Western State Psychiatric Health Institute and then as Deputy Commissioner under Governors Winfield Dunn and Ray Blanton. He returned to Western State and served as the Hospital’s interim Superintendent and Administrator. He retired in 1980 and pursued raising cattle, hunting, restoring Model A Fords and baking the occasional homemade apple pie. He was a proud member of the “MAC SHACK” crew and cherished the love, friendship and camaraderie he shared with the Kiestler and McCarver families. They truly were extensions of his family. He loved Bolivar and the surrounding community and enjoyed many cherished friends. He was strong in his Catholic faith and was a devoted member of St. Mary Catholic Church. His Church family was a cornerstone of his life for more than 52 years and he dearly loved them. Many of them were especially good to him over the past several years. CDR Zaller is survived by his sons Jim (Jan) of Sarasota, FL and Chris (Ann) of Bolivar; his four daughters: Barbara Burke of Kittery, ME; Kathy (Jerry) Franceski of Union Dale, PA; Peggy Eshleman of Parkesburg, PA and Renee (Pat) McCarthy of Henderson, TN; a special Niece Eleanor Brown of Clark Summit, PA and daughter-in-law Betty Vandiver Zaller of Savannah, GA. In addition to his wife of 69 years, he was preceded in death by his parents, all of his siblings, a daughter Trina, sons Timothy and Francis Michael, and Sons-in-law George Burke and Clyde Eshleman. He leaves 19 grandchildren: Art Stadnik, Rhonda Avent, George Burke, Catherine Burke Al Taani, Eric Eshleman and Amy Eshleman Cowan, David, John and Michael Franceski, Sean and Kyle McCarthy; and Dawn, Matt, Michael, Paul, Stephen, Phillip, Lauren Moore and Andrew Zaller. He also leaves 28 great-grandchildren, 1 great-great-grandchild, and numerous nieces and nephews. The family wishes to especially acknowledge his caregiver, grandson Jerry Wayne Avent. Jerry Wayne, his wife Rhonda and son Jordan made it possible for dad to remain in his home through his passing. He provided compassionate care and companionship. Memorials can be sent to St. Mary Catholic Church, 223 Mecklinburg Drive, Bolivar, TN 38008 in lieu of flowers or to a charity of your choosing. Commander and Mrs. Zaller will be interred at Arlington National Cemetery at a future date.

Commander Frank Albert Zaller, USN (RET) 1920-2021 CDR Frank Albert Zaller of Bolivar passed away peacefully in his home at the age of 101 on 29 October 2021. He was the husband of the late Helen Samsel Zaller who preceded him in 2012. He... View Obituary & Service Information

The family of Frank A. Zaller created this Life Tributes page to make it easy to share your memories.

Send flowers to the Zaller family.