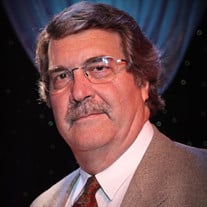 Frank M. Zaller, 71, of Bolivar, passed away Monday morning, October 26, 2020 at his home. He was born May 10, 1949 in Philadelphia, PA, to Frank A. Zaller of Bolivar and the late Helen J. Samsel Zaller, who died in 2012. He made his home in Omaha, Nebraska, residing there from 1973-2003. He was an assistant PGA Club Pro at Happy Hollow Country Club and then was a business furniture salesman at Sheppard's Business Interiors. He moved to the Bolivar area in 2003. He proudly served in the US Marines for 2 years and was a member of the NRA. He enjoyed hunting and was an avid golfer, lending his expertise to young golfers with private lessons. He fought a long, hard battle with rheumatoid arthritis, was well known for being a die-hard Cornhuskers Fan and also for his great love for his grandchildren. Mr. Zaller was a member of Silerton Baptist Church. Survivors include his father, Frank A. Zaller of Bolivar; two daughters, Dawn Michele Zaller of Bennington, NE and Rhonda Avent (Jerry Wayne) of Toone; a son, Francis Michael Zaller, Jr. (Shannon) of Pleasanton, CA; his former wife of 23 years, Betty V. Zaller of Savannah, GA; four sisters, Barbara Burke of Kittery, ME, Kathy Franceski (Jerry) of Uniondale, PA, Peggy Eshleman of Parkesburg, PA, and Renee McCarthy (Pat) of Norfolk, NE; two brothers, Jim Zaller (Janice) of Sarasota, FL and Chris Zaller (Ann) of Bolivar; 8 grandchildren, Jonathan and Jackson Martin, Megan Wilbanks, Jordan Avent, Hayden, Constance, Lucca and Kai Zaller; and his godmother, Eleanor "Ellie" J. Brown of Scranton, PA; and several nieces and nephews. He was preceded in death by his mother, Helen J. Zaller, a sister, Trina Zaller; an infant brother, Timothy. Memorial contributions in his name may be sent to the Rheumatoid Arthritis Foundation. While visiting or attending services for Mr. Zaller, please consider the following guidelines: * Maintain 6 feet between yourself and the next closest person; * Refrain from hugs and handshakes; * When you sneeze or cough, use your elbow to cover your nose and mouth; * Wash your hands often; * Avoid touching your face; and * Minimize time spent in places where people gather. Thank you for your consideration.

The family of Frank M. Zaller created this Life Tributes page to make it easy to share your memories.

Send flowers to the Zaller family.