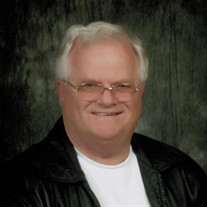 GAYLE SUTHERLAND Henderson, TN: David Gayle Sutherland age 68 passed away December 23, 2020 at Jackson-Madison County General Hospital. He was born May 31, 1952 in LaGrange, KY in Oldham County, the twin son of the late James Bailey and Rita Lou Roby Sutherland. He grew up in LaGrange and was a 1970 graduate of Oldham County High School. He joined the U.S. Air Force after high school and served two years during the Vietnam War. He also attended Eastern Kentucky University for a time. He worked several decades in sales and finance in the automotive business in Kentucky, and for the past three years he drove auto transport for several dealerships in Jackson. He married Phyllis Lynn Powell on October 28, 2017. They made their home in Henderson. He loved music and worked in the music industry for several years traveling with Kenny Rogers. He was always singing and entertaining. He never met a stranger and he was loved by those that knew him. He was a member of the First Baptist Church in Henderson. Mr. Sutherland is survived by his wife, Phyllis Lynn Powell Sutherland of Henderson; two daughters, Jennifer Essex (Duane) of Louisville, KY and Julie Sutherland of Louisville, KY; and two stepsons, Luther Bramblett (Lena) of Springfield, KY and Jason Bramblett (Dawn) of Henderson; grandchildren, Alexander Sutherland, Carlin Sutherland, and Zane Sutherland; step grandchildren, Drew Bramblett, Hallie Bramblett, Sy Bramblett and Case Bramblett; a brother, Dennis Dayle Sutherland (Vicki) of Crestwood, KY and a sister, Shelia Kirk of Louisville, KY. In addition to his parents, he was preceded in death by a brother Kevin Sutherland. The family will receive friends at the First Baptist Church parking lot, (504 E. Main Street in Henderson) from 2:00 PM until 4:00 PM Sunday, December 27, 2020. This is to allow guests to greet the family and safely remain in their vehicles. Funeral services will be 1:00 PM Wednesday, December 30th at the Heady-Radcliffe Funeral Home in LaGrange, KY. with Dr. Brad Patterson officiating. Burial will follow in Floydsburg Cemetery at Crestwood, KY. The family will receive friends at Heady-Radcliffe chapel on Wednesday, from 11:00 AM to 1:00 PM service time. In lieu of flowers donations may be made to the First Baptist Church, Building Fund, 504 E. Main Street, Henderson, TN 38340. Shackelford Funeral Directors of Henderson 731-989-2421

The family of Gayle Sutherland - Henderson created this Life Tributes page to make it easy to share your memories.

Send flowers to the Sutherland family.