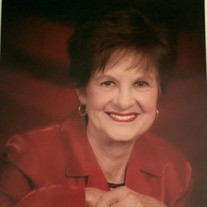 Lura Geneva Seaton was born in the West Shiloh community on July 26, 1939 to Eldon Kennedy and Clyde Pickens Kennedy. Some of her early activities included playing baptizing in the creek with her five siblings, taking chewing gum (with Janell) from a nearby neighbor to who her father required them to return it, and practicing piano made out of a board with the keys drawn on, until such time her family could afford the real thing. Surrounded by music from the beginning of her life, her love of it lives on among the literally hundreds of students she taught throughout the area. She attended high school in Adamsville and was a member of the First Baptist Church where she began playing the piano at age fourteen. She has served as pianist, organist, choir member – and sometimes all three at the same time. It was here where she met the love of her life, Elmer Dee Seaton. They were married on May 10, 1959 and lived happily together until his death in 2017. Her main passions in life included her family and her music, both of which are evident in the legacy she leaves behind. Geneva leaves her and Elmer D.’s three children, two sons Richard Seaton (John Berger) of Washington, D.C., Ken Seaton (Amy) of Adamsville, and daughter Jennifer Cook (Michael) of Memphis, TN.; Four grandchildren, Andrew Seaton (Ruth) of The Netherlands, Amelia Seaton of Memphis, Alex Seaton (Jess) of Memphis, and Whit Cook of Scotland. One great grandson, William Seaton; and three step-grandchildren, Philip Cook (Renee), Josh Cook (Nalee), and Minor Cook. She is survived by her cherished sisters, Janell Qualls and Genevieve Smith and her beloved brother, Billy Joe Kennedy, and by many nieces and nephews. Along with her parents and husband, she was preceded in death by two sisters, Janet Littlefield and Geraldine Atkinson, her stepfather, Edward Traylor, and her stepbrother, Ed Traylor. Funeral services are to be held at the Adamsville First Baptist Church on Monday. May 9th at Twelve Noon. Visitation will also be held at First Baptist from 5:00pm-8:00pm on Sunday, May 8th, and from 10am-12pm on Monday, May 9th. Interment will be held following the service at Pine Hill Memorial Gardens. The family requests any donations be made to the Music Ministry at First Baptist Church Adamsville, or The American Cancer Society.

Lura Geneva Seaton was born in the West Shiloh community on July 26, 1939 to Eldon Kennedy and Clyde Pickens Kennedy. Some of her early activities included playing baptizing in the creek with her five siblings, taking chewing gum (with Janell)... View Obituary & Service Information

The family of Geneva Seaton of Adamsville, TN created this Life Tributes page to make it easy to share your memories.

Lura Geneva Seaton was born in the West Shiloh community on July...