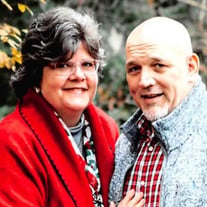 Gerald W. Hodge, 56, of Olive Branch, MS, passed from this life early Friday, February 12, 2021, at Methodist University Hospital in Memphis. He was the son of the late Jerry and Carolyn Lax Hodge. Born in Jackson, TN, he lived most of his life in Memphis and the last 26 years in Olive Branch. Mr. Hodge received his primary education at Fratis Montessori School and was a 1982 graduate of Memphis Prep in Whitehaven during which time he enjoyed racing BMX bicycles. He continued his education at Christian Brothers University receiving his Bachelor of Arts degree in 1988 and, while in college, was a member of Tau Kappa Epsilon Fraternity serving as Prytanis and Social Director. Mr. Hodge was a Transportation Coordinator for Ozark Motor Lines for over 30 years. On Saturday, April 1, 1995, he married the former Jennifer Archbold, who survives. Their family includes their two sons, Nathan Hodge and his fiance', Megan Leslie and Zachary Hodge, both of Olive Branch. Other survivors include his uncle Larry Hodge of Brighton; and two cousins, Billy (Kristi) Hodge of Nashville and Ben Hodge of Smyrna, TN. In 2004, he was confirmed as a Catholic at Queen of Peace Catholic Church in Olive Branch where he embraced his Catholic faith and had been a member of the choir. Gerald took an active role in the lives of his sons especially when it involved soccer. He became a licensed soccer field coach and goalkeeper coach to help his boys become better players. Eventually, they both went on to play in college. His favorite soccer club was Everton FC of the English Premier League. Upper most in Mr. Hodge's mind, throughout his life, was caring and providing for his wife and children. In addition to his parents, he was preceded in death by maternal grandparents, W. W. and Mable Martin Lax; paternal grandparents, W. W. and Lilly Flora Herrington Hodge; and an aunt, Phyllis Goodman Hodge. Memorials in his name may be sent to the following: St. Jude Children's Research Hospital TKE Fraternity Fund https://fundraising.stjude.org/site/TR?fr_id=126630&pg=entry While visiting or attending services, please consider the following guidelines: * Maintain 6 feet between yourself and the next closest person; * Refrain from hugs and handshakes; * When you sneeze or cough, use your elbow to cover your nose and mouth; * Wash your hands often; * Avoid touching your face; and * Minimize time spent in places where people gather. Thank you.

Gerald W. Hodge, 56, of Olive Branch, MS, passed from this life early Friday, February 12, 2021, at Methodist University Hospital in Memphis. He was the son of the late Jerry and Carolyn Lax Hodge. Born in Jackson, TN, he lived most of his... View Obituary & Service Information

The family of Gerald W. Hodge created this Life Tributes page to make it easy to share your memories.

Send flowers to the Hodge family.