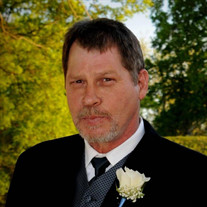 HAROLD WAYNE HATHCOCK Finger, TN: Harold Wayne Hathcock, age 68, passed away June 12, 2022 at his daughter’s home in Bartlett, TN. He was born March 9, 1954 in Kendrick, MS, the son of the late Floyd and Artie Mae Browder Hathcock. He grew up in Finger, TN. He was a mechanic most of his career and owned his own business, A-1 Whitehall Radiator. He Married Patricia Mingledorff on April 7, 1989 and they made their home in Finger. He was a very good man who helped a lot of people. He was the glue that held a lot of people together. He will be missed. Mr. Hathcock is survived by a daughter, Alicia Schaftlein (Mitch) of Bartlett and a son, Daniel Hathcock of Moscow, TN; a stepson, Jon Jeffrey Pennington (Christie) of Henderson; a stepdaughter, Chastity Elway of Henderson; six grandchildren and two great grandchildren; three brothers, Noel Hathcock of Henderson, William Hathcock (Johnnie) of Henderson and Donnie Hicks of California; and two sisters, Patricia Walker of Selmer and Rita Barnes of Huron, TN. He was preceded in death by his parents, his wife, Patricia Helen Mingledorff Hathcock (2020); a brother, John David Hathcock and two sisters, Janice McCarver and Betty Hathcock. Funeral services will be 11:00 AM Friday at Shackelford Funeral Directors – Crook Avenue Chapel. Burial will follow in Hollywood Cemetery at Jackson, TN. The family will receive friends Thursday evening from 5:00 PM until 8:00 PM, at Crook Avenue Chapel. Shackelford Funeral Directors of Henderson 731-989-2421

The family of Harold Hathcock of Finger created this Life Tributes page to make it easy to share your memories.

Send flowers to the Hathcock family.