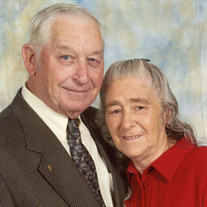 Hollis Odell Franks departed this life on Thursday, February 10, 2022, at the age of 87 years, 7 months and 17 days. He was born in Hardin County, Tennessee, on June 24, 1934, the son of the late Jim Russell Franks and Linnie Mae Wade Franks.... View Obituary & Service Information

The family of Hollis Odell Franks created this Life Tributes page to make it easy to share your memories.