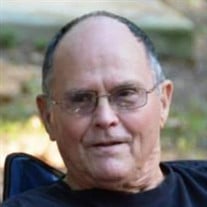 Mr. Garrett, age 84, of Bolivar, passed from this life on Sunday afternoon, November 8, 2020 at Bolivar General Hospital. He was born in the Hillville community of Haywood County on Wednesday, August 19, 1936 to the late Henry and Alma Louise Pittman Garrett. He graduated from Whiteville High School in 1955 and was united in marriage to the former Sandra Bishop on February 13, 1959. He grew up attending the Midway Baptist church in Whiteville, but was saved and baptized as an adult in 1976 at Parrans Chapel Baptist Church. Mr. Garrett served as a Deacon and drove the church bus for several years. He began attending Dixie Hills Baptist Church in 2001 where he contributed enormously to the volunteer construction to two major building projects. Mr. Garrett loved to cut up and have fun with people. He delighted in making people laugh. He was especially known for making animal sounds for children. His major hobby was working! He loved work of all kinds and taught a strong work ethic to all his family. He also loved to cook big stews for family get-togethers and enjoyed traveling with his wife. Mr. Garrett was known as “Papa” to his grandchildren and great-grand-children. He loved them all and took great pleasure in their visits. His survivors include his wife of 61 years, Sandra Garrett of Bolivar; his daughter, Denise (Richard) Doyle of Chewalla, TN; two sons, Jimmy (Lisa) Garrett and Alan (Dianna) Garrett, both of Bolivar; his sister, Shirley (Jerry) Hill of Jackson; his brother, Otha (Brenda) Garrett of Bolivar; sister-in-law, Flora Garrett of Bolivar; eight grandchildren, Robin (Justin) Sullivan, Jason Garrett, Amber Carroll, Daniel (Emily) Garrett, Matt (Rebecca) Doyle, Logan (Sara) Doyle, Holly (Brent) Doyle and Mary Kate (Logan) Doyle; and eleven great-grandchildren, Blaise, Ransom, Rhett, Vivi, Madeline, Owen, Luke, Maeson, Avalynn, Tristan and Norah. In addition to his parents, Mr. Garrett was preceded in death by a great-granddaughter, Lillian Mae Sullivan; and a brother, Elbert Garrett. Memorials may be sent to the Dixie Hills Baptist Church, 75 Dixie Hills Road, Bolivar, TN 38008 [http://www.dixiehillsbaptist.com] [https://www.facebook.com/DHBC1/] While visiting or attending services for Mr. Garrett, please consider the following guidelines: * Maintain 6 feet between yourself and the next closest person; * Refrain from hugs and handshakes; * When you sneeze or cough, use your elbow to cover your nose and mouth; * Wash your hands often; * Avoid touching your face; and * Minimize time spent in places where people gather. Thank you for your consideration.

Mr. Garrett, age 84, of Bolivar, passed from this life on Sunday afternoon, November 8, 2020 at Bolivar General Hospital. He was born in the Hillville community of Haywood County on Wednesday, August 19, 1936 to the late Henry and Alma Louise... View Obituary & Service Information

The family of Hubert Garrett created this Life Tributes page to make it easy to share your memories.

Mr. Garrett, age 84, of Bolivar, passed from this life on Sunday...

Send flowers to the Garrett family.