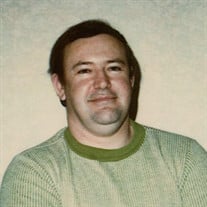 J.W. LUNDY Henderson, TN: John William Lundy, age 78, passed away August 27, 2020 at Jackson Madison County General Hospital. J.W. was born February 1, 1942, and raised, in Jackson, TN. He was the son of the late John B. Lundy and Gussie Mae Ruth Smith Rinks. J.W. went to school at Beech Bluff and Merry High. He briefly worked with Coca-Cola, before he began his career as an expert tile layer. He laid tile in residents, hospitals, the Jackson Mall, Western State, and Lake County Correctional. He moved to Henderson and worked as a self-employed contractor until he retired. J.W. was an avid body and arm wrestler. Among many others, he trained his award winning cousin as a professional wrestler. His favorite wrestler was Jake the Snake, and J.W. accepted that nick-name for himself. He also enjoyed racing cars throughout his young adult life. Mr. Lundy is survived by five brothers, John Lundy (Betty) of Beech Bluff, Dale Tweedy (Brenda) of Jackson, Danny Rinks of Jackson, Joel Rinks of Henderson, and Jimmy Rinks of Humboldt, also three sisters, Carolyn Butler (Randy) of Henderson, Judy Jones of Jackson, and Debbie Taylor (Travis) of Jackson, as well as a special friend, Opal Byrd and a dear Uncle, Hobert Smith. He was preceded in death by his parents and a sister, Shelby Jean Lundy. He also leaves behind countless nieces, nephews, cousins, and friends that loved him greatly. Funeral services will be 3:30 PM Monday, August 31st at Shackelford Funeral Directors – Crook Avenue, with Chris Warren officiating. Burial will follow in the Family Cemetery Terry Lane. The family will receive friends at Crook Avenue 12:30 PM until the service at 3:30 PM on Monday. Shackelford Funeral Directors of Henderson 731-989-2421

The family of Mr. J. W. Lundy - Henderson created this Life Tributes page to make it easy to share your memories.

Send flowers to the Lundy family.