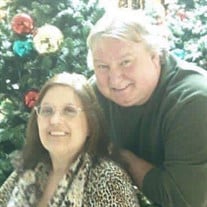 Jackie Stevens Bearden departed this life on Tuesday, May 31, 2022, at the age of 70 years, 9 months, and 11 days. He was born in Selmer, Tennessee, on August 20, 1951, the son of the late William and Helen Miller Bearden. On June 24, 1972, he was united in marriage to Debbie Holmes, who survives. Jackie retired from Toyota in Jackson, Tennessee, where he worked in the maintenance department. He enjoyed poetry, writing songs, drawing, painting, and spending time with his family. Jackie is survived by his wife of almost 50 years, Debbie Bearden of Huron, Tennessee; sons, Jeremy Shane Bearden and Stephen Ryan Bearden, both of Huron, Tennessee; six grandchildren; two great grandchildren; brothers, Dickie Bearden of Jackson, Tennessee and Johnny Bearden of Adamsville, Tennessee; and sisters, Debbie Bearden Austin of Adamsville, Tennessee, Barbara Lowery of Muscle Shoals, Alabama, and Mary Jernigan. In addition to his parents, Jackie was preceded in death by a son, Christopher Lee Bearden; brother, Rickie Bearden; and sisters, Cynthia Jane Tillman and Donna Jernigan.

The family of Jackie Stevens Bearden created this Life Tributes page to make it easy to share your memories.

Jackie Stevens Bearden departed this life on Tuesday, May 31,...

Send flowers to the Bearden family.