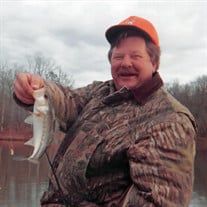 Psalm 73:26 My flesh and my heart may fail, but God is the strength of my heart and my portion forever. James Thomas Penna (Tom),74, of Middleton, TN passed away peacefully in the presence of his family after complications of a rare lung disease he was diagnosed with five years ago. Tom was born December 17, 1947. He is preceded in death by his parents James Watson Penna and Peggy Joyce Penna, and his stepmother, Dorothy Jean Penna. He graduated from Kingsbury HS in Memphis, TN in 1965 and then attended UT Martin in 1966 where he met Donna S. Baucom. They married April 7, 1967, and had two children, Jennifer Susanne and James Michael. He worked at Sears Crosstown and he was a draftsman at MLG&W between 1967 and 1969. He then started with The city of Memphis, as a firefighter and paramedic on March 17, 1969, where after 33 years of service he retired January 3, 2003. In 1998 he worked part time at F.L. Crane & Sons as a Maintenace tech. And retired in 2017. Growing up he spent a lot of time with his aunts & uncles & with his love of fixing things, they referred to him as “Tinkering Tommy” Tom met his wife, Vickie L. Penna and they married November 15, 1985, gaining another son, Bryan Stillings. A very avid outdoorsman, Tom loved fishing and hunting. His other past time enjoyments were drawing & painting, playing his guitar & spending time with his friends and family. He had a true love for all animals & he never passed a stray that he didn’t bring home. Tom survived by his loving wife, Vickie L. Penna of 36 years, his children: Jennifer Lawhorn (Scott), Michael Penna (Martha Anne), Bryan Stillings (Jenny), his grandchildren Peyton Carter, Garrett Penna (Matalyn), Brenna Mabry (Dylan), Ian Anderson, Hanna Lawhorn, Olivia Lawhorn, Savannah Jordan, and Branson Jordan, his great grandson: Lennox Wayne Carter (Son of Peyton), and a great granddaughter on the way, Adelaide Joyce (daughter of Garrett and Matalyn). His siblings: Vonnie Rhoads ( Bobby) and Judy Morton. In lieu of flowers, the family request any donations may be made in memory of James T. Penna to: American lung Association, www.lung.org. Or The Humane Society of the United States, www.humanesociety.org

Psalm 73:26 My flesh and my heart may fail, but God is the strength of my heart and my portion forever. James Thomas Penna (Tom),74, of Middleton, TN passed away peacefully in the presence of his family after complications of a rare lung disease... View Obituary & Service Information

The family of James Thomas (Tom) Penna created this Life Tributes page to make it easy to share your memories.

Send flowers to the Penna family.