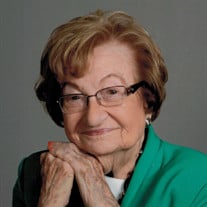 JEAN ROSS DEMING Henderson, TN: Jean Ross Deming age 98 passed away January 6, 2021 at her home. She was born December 1, 1922 in Hardeman County, TN, the daughter of the late Coleman B. and Julia Shearin Ross. She graduated from Bolivar Central High School in 1939 at the age of sixteen. She attended Lambuth University, playing basketball, tennis and cheerleading. She received her Bachelor Degree from University of Memphis and Masters from Troy University. She taught school for thirty-seven and a half years, in three states. Teaching in Tennessee fifteen and a half years, Alabama six years and in the state of Florida sixteen years, and retired from the State of FL and moved back to TN in 1986. She was a member of the First United Methodist Church of Henderson and taught adult Sunday School and helped establish Mature and Mobile for Seniors. She was a member of the Chester County Retired Teachers Association, serving as treasurer for two years. Mrs. Deming is survived by two daughters, Jeannie Fiorino (Doug) of Chicago, IL Jamie Hall (Doug) of Houston TX, a son, Raymond M. Deming Jr. (Hope) of Henderson; five grandchildren, Mary Morgan Robinson(Jimbo) of Memphis, Trey Deming of Henderson, Jessie and Jenny Hall of Houston, TX and Julia Fiorino of Chicago, IL; and great grandchildren, Tripp Robinson and Lela Robinson. She was preceded in death by her husband of forty three years and the love of her life, Dr. Raymond M. Deming in 1995, two sisters, Joyce Ayers of Bolivar, Jimmie Lynn Dill of West Memphis, AR and a brother Don Ross of Henderson The family request memorials be sent to the First United Methodist Church, 131 North Avenue Henderson, TN 38340 A private family graveside service will be held Saturday at 2:00 PM at Bolivar Memory Gardens. The family will receive friends at the Bolivar Memory Gardens, 399 Orange Street, Bolivar, TN 38008 from 12:00 Noon until 2:00 PM Saturday, January 9, 2021. This will be a drive through event and will allow guests to greet the family and safely remain in their vehicles. Shackelford Funeral Directors of Henderson 731-989-2421

JEAN ROSS DEMING Henderson, TN: Jean Ross Deming age 98 passed away January 6, 2021 at her home. She was born December 1, 1922 in Hardeman County, TN, the daughter of the late Coleman B. and Julia Shearin Ross. She graduated from Bolivar Central... View Obituary & Service Information

The family of Jean Ross Deming - Henderson, TN created this Life Tributes page to make it easy to share your memories.

Send flowers to the Deming family.