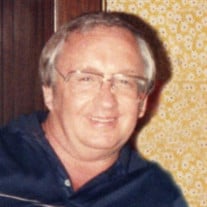 Jim Jerrolds was born in Waynesboro, Tennessee on December 4, 1940 the son of the late Jimmy Frank Jerrolds, Sr. and Jessie Mae Cole Jerrolds. On October 22, 1986 he was united in marriage to Sandra Howard, who preceded her husband in death on January 18, 2015. Jim was semi retired from WKWX Radio Station where he worked in sales for over 20 years. He had also co-owned along with his wife Sandy two floral shops, Flowers by Sandy and All Seasons Florist. Jim also while in Louisiana and Texas sold paint for Jones-Blair Paint Company. He also sold sporting goods for 10 years. Jim was a member of First Baptist Church in Savannah, Tennessee. He loved to travel, Ireland was his favorite place. Jim never met a stranger and enjoyed sharing a meal with the people he loved. Another of his favorite things was watching college football, especially Tennessee and Louisiana. Jim departed this life on Tuesday, December 21, 2021 in Savannah, Tennessee at the age of 81 years and 17 days. He is survived by his three sons, John C. Jerrolds and his wife Angela of Murfreesboro, Tennessee, Mike Jerrolds of Adamsville, Tennessee, and Jason P. Jerrolds of Jackson, Tennessee; stepsons, Mike Hart of Memphis, Tennessee and Troy Sanders of Keizer, Oregon; stepdaughters, Nancy Robinson of Harriman, Tennessee, Bamie Sanders of Lafayette, Louisiana, and Heather Sanders of Lafayette, Louisiana; 6 grandchildren and 14 great grandchildren; sisters, Jaunita Elmore of Halls, Tennessee, Joyce Holliman of Boone, North Carolina, and Jacqueline Kluver of Omaha, Nebraska; and brother, Joseph Jerrolds of Savannah, Tennessee. In addition to his parents and wife, Jim was preceded in death by siblings, Jerry, Janis, Joel, James, Jay, Jeff, Jesse, and Janet; and half sister, Geraldine Jerrolds Perry. In lieu of flowers, the family requests memorial donations be made to the Hardin County Animal Shelter.

Jim Jerrolds was born in Waynesboro, Tennessee on December 4, 1940 the son of the late Jimmy Frank Jerrolds, Sr. and Jessie Mae Cole Jerrolds. On October 22, 1986 he was united in marriage to Sandra Howard, who preceded her husband in death... View Obituary & Service Information

The family of Jim Jerrolds created this Life Tributes page to make it easy to share your memories.

was born in Waynesboro, Tennessee on December 4,...

Send flowers to the Jerrolds family.