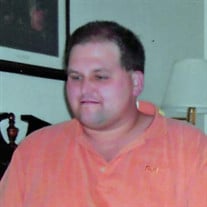 Memorial services for Mr. Bromley will be held 11 am Saturday, August 21, 2021 at Porters Creek Baptist Church. He departed this life on Wednesday, July 28, 2021 at Jackson-Madison County General Hospital. A native of Atlanta, GA, Jonathan lived in Memphis, for many years, working as an equipment service manager for Northwest, American and FedEx. He and his wife, Susan, moved to Hardeman County 15 years ago settling in Saulsbury. He married her, the former Susan South, who survives, on July 9, 1994. A member of the Porter's Creek Baptist Church and a devoted Christian, he was active there singing specials and in the choir. He also had been a teacher in the youth group. A very musical man, he sang, played the mandolin and saxophone, enjoying music of all types. He and Susan traveled extensively to such destinations as Hawaii, Mexico, St. Thomas, Niagara Falls and Reno. They also enjoyed going to Tampa, FL every year for bowling tournaments. Described by his family as big-hearted and a friend to all, Mr. Bromley was an avid UT Vols fan and animal lover, especially of his three puppies, "Daisy", "Bella" and "Ebony". Most of all, he treasured time spent with his family. In addition to his wife of 27 years, he leaves a daughter, Allie Bromley of Henderson; a son, Thomas (Samantha) Bromley of Munford; grandson, Jaxon Bromley; his mother, Diana Bromley of Collierville; sister, Jennifer (Jody) Akins of Collierville; brother, Jeffrey (Ann) Bromley of Indianapolis, IN; three nieces, Amelia Bromley, Madison and Josie Akins; and three nephews, August Bromley, Reagan Ulbrich and Riley Akins. Mr. Bromley was preceded in death by his father, Roger Bromley. Memorial Contributions may be sent to the Multiple Sclerosis Association of America. [https://mymsaa.org/]

The family of Jonathan Bromley created this Life Tributes page to make it easy to share your memories.

Memorial services for Mr. Bromley will be held 11 am Saturday,...

Send flowers to the Bromley family.