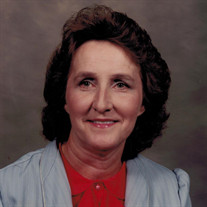 KATHLEEN KILZER Henderson, TN: Kathleen Matthews Kilzer, age 79, passed away December 24, 2020 at the home of her daughter. She was born April 16, 1941 in Chester County, the daughter of the late Henry and Lela Moore Matthews. She attended school in Chester County and in 1961 married to William Frank Kilzer. They made their home in Chester County most of their married life, in the Wilson School Community. She had worked for a period of time at Cynede Plastic in Jackson and was a homemaker since 1987. She was a member of the Pleasant Springs Methodist Church and most recently attended Faith Fellowship Church. Mrs. Kilzer is survived by two sons, Andy Kilzer and wife Mary, and Ben Kilzer and wife Kayce all of Henderson; four daughters, Elaine Patterson and husband Ruben, Deborah Thomas and husband Darryl, Linda Granger and husband Joe all of Henderson and Brenda Richardson and husband Patrick of Lexington; fourteen grandchildren; and nineteen great grandchildren; two brothers, Jimmy Matthews of Henderson and Sam Matthews of Byron, GA and one sister, Carolyn Rouse of Henderson. She was preceded in death by her parents and her husband, William Frank Kilzer, October 8, 2013, three brothers; Billy Matthews, Danny Joe Matthews, and Tony Matthews and three sisters; Barbara Grimes, Arlene Matthews, and Brenda Matthews. Funeral services will be 11:00 AM Monday at Shackelford Funeral Directors Crook Avenue Chapel with Bro. Ken Frye officiating. Burial will follow in Pleasant Springs Cemetery. The family will receive friends at the Crook Avenue Chapel from 5:00 PM until 8:00 PM Sunday. The family request that everyone please wear a mask or facial covering. Shackelford Funeral Directors of Henderson 731-989-2421

KATHLEEN KILZER Henderson, TN: Kathleen Matthews Kilzer, age 79, passed away December 24, 2020 at the home of her daughter. She was born April 16, 1941 in Chester County, the daughter of the late Henry and Lela Moore Matthews. She attended... View Obituary & Service Information

The family of Kathleen Kilzer - Henderson created this Life Tributes page to make it easy to share your memories.

Send flowers to the Kilzer family.