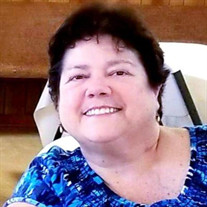 LISA PEDDY Henderson, TN: Lisa Marcelle Peddy age 61, passed away April 2, 2021 at Jackson Madison County General Hospital. She was born January 30, 1960 in Henderson, the daughter of the late Jasper Allen and Thelma Rhodes Peddy. She was a 1978 graduate of Chester County High School. She attended U.T. School of Nursing in Memphis and became an RN. She began working for Baptist Hospital in Memphis for three years. Then transferred to Nashville and worked for Baptist Hospital in Nashville for twenty-five years, before moving back to Henderson to care for her declining parents. She was a member of the Holly Springs Methodist Church and often led singing and played the piano. She was a very funny person always positive, upbeat and happy and a little sarcastic at times. She was very close to her siblings and was the glue that held the family together. She loved her family including, many nieces, nephews, cousins and close friends, Connie Barnes and Betty Tucker. She leaves her beloved dog, “Bandit”. She is survived by two brothers, Bryan Peddy of Henderson and Brent Peddy (Celeste) of Rock Hill, SC and two sisters, Cynthia Haynes of Collierville and Tina Henley of Henderson; niece and god-daughter, Alexis Espinoza, nieces Katie Peddy and Taylor Henley; nephews, Nathan Haynes, Derek Haynes and Justin Peddy and an aunt, Velta Peddy Flippo. She was preceded in death by her parents and a brother, Mark Peddy (2015) and a brother-in-law, Greer Haynes and three aunts, Kay Rhodes Thomas Weaver, Nelma Rhodes Davis and Regenia Adkins. Funeral services will be 11:00 AM Wednesday, April 7th at Shackelford Funeral Directors – Crook Avenue Chapel with Bro. Keith Carlson officiating. Burial will follow in Holly Springs Cemetery. The family will receive friends at Crook Avenue 5:00 PM until 8:00 PM Tuesday. Shackelford Funeral Directors of Henderson 731-989-2421

The family of Lisa Peddy - Henderson created this Life Tributes page to make it easy to share your memories.

Send flowers to the Peddy family.