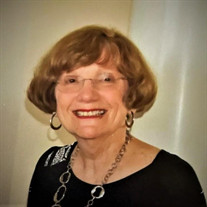 Margaret "Marne" Whitenton, 85, of Bolivar, passed from this life Wednesday, March 23, 2022, at Jackson-Madison County General Hospital. She was born Tuesday, January 12, 1937, in Memphis, daughter of the late Joe H. Davis, Sr. and Ruth Hipps Davis and was a 1955 graduate of East High School in Memphis. She graduated from Vanderbilt University in 1959 with a B.A. degree and married Dewey C. Whitenton on April 30, 1960, at which point they moved to Hardeman County. He served as Chancery Court Judge for 30 years in the 25th District of Tennessee. The couple lived their entire married lives in Bolivar and Dewey preceded her in death on February 12, 2009. She was a housewife who served through the years in the First United Methodist Church in Bolivar, as a Sunday School teacher in the children's department, Director of the Youth and on various other committees. She also was on the board of Whiteville Bank and later on the Advisory Board of Union Planters. Other community involvements included the Board of Bolivar Energy Authority, serving as chairman, the board of the Hardeman County Literacy Council, teaching students, and the board of the Hardeman County Arts Council where she was Vice President for a few terms. She led a Girl Scouts Troup and a Cub Scout Troup, and was a member of the Hatchie Chapter of the DAR from 1971, holding many offices in the Chapter including Regent, 1st Vice Regent, 2nd Vice Regent, Secretary and Registrar. She was also active in the Jamestown Society and Stitch and Chatter Sewing Club. She was active in genealogy, an avid reader, and enjoyed traveling, going to church and especially being around her family, whom she dearly loved. Survivors include 3 children, Carolyn Craft Whitenton of Bolivar, David Edward Whitenton (Carol Ann) of Somerville and Joel Davis Whitenton (Tamara Warren Whitenton) of Crossett, AR; a sister, Carolyn Whitley of Memphis; five grandchildren, Joel Davis Whitenton, II, Chandler Paige Whitenton, Connor Blake Whitenton, Katie Elizabeth Whitenton and Emma Grace Whitenton; and two special 'family members', Chip and Angie Orr and their children, Charlie and Ellie. In addition to her husband and her parents, she was preceded in death by a brother, Joe H. Davis, Jr. Memorial contributions in her name may be sent to the First United Methodist Church in Bolivar.

The family of Margaret "Marne" Whitenton created this Life Tributes page to make it easy to share your memories.

Send flowers to the Whitenton family.