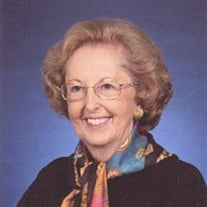 MARGARET NEWMAN RECORD Henderson, TN: Margaret Louise Newman Record, age 89, passed away August 16, 2021 from cancer. She was born October 17, 1931 in Chester County, the daughter of the late William Aubrey and Flossie Mae Morris Newman. She graduated from Chester County High School in 1949. She married Kenneth Campbell in 1957. They made their home in Whitehaven. Mrs. Record started her career with Pan American Airlines in 1955 in Philadelphia, spent ten years with American Airlines and then went to work with Delta Airlines. She retired from Delta Airlines in 1992. She worked in sales and reservations for thirty-eight years. She was a member of the Memphis Chapter of Delta Airlines Pioneers. She married Walder ‘Buddy’ Record in 2002. They made their home in Germantown, TN for six years before moving back to their hometown of Henderson. They especially enjoyed traveling. Mrs. Record was a member of the Henderson Church of Christ. Mrs. Record is survived by her husband, Walder Jesse ‘Buddy’ Record of Henderson; two daughters, Constance Louise Campbell of Henderson and Allison Corinne Hill of McKenzie; a stepson, Jeffrey Walder Record and wife Ellen of Montgomery, AL and a stepdaughter, Jennifer Lowery and husband Danny of Dyersburg; a sister, Barbara Newell (Richard) of Cumming, GA and a brother, Larry Newman (Carol) of Olive Branch, MS; nine grandchildren, twenty great grandchildren and two great-great grandchildren. She was preceded in death by her parents, a brother, Charles Newman and a stepdaughter, Jana Harris. A celebration of life will be 2:00 PM Saturday, August 21st at Shackelford Funeral Directors – Crook Avenue with Billy Smith, Allison Corinne Hill and Constance Louise Campbell officiating. Burial will follow in Pisgah Cemetery. The family will receive friends at Crook Avenue from 12 PM until 2 PM Saturday. The family is requiring all visitors to please wear facial covering. Shackelford Funeral Directors of Henderson 731-989-2421

The family of Margaret Newman Record created this Life Tributes page to make it easy to share your memories.

Send flowers to the Record family.