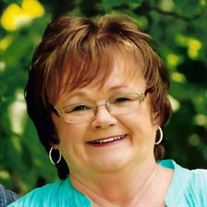 Marilynn Bollendorf, 77, of Saulsbury, departed this life Friday, May 6, 2022, at her daughter's home in Adams, Tennessee. She was born June 30, 1944, in Memphis, daughter of the late Johnny Bernard Black and Mary Murphy Black. Marilynn always spoke fondly of her childhood and was active in various activities including piano, jazz, tap, brownies, and Rainbow Girls. Some of her favorite childhood memories included trips to Saulsbury to visit her grandparents on the family farm south of town. Marilynn always enjoyed family gatherings and over the years loved hosting gatherings for her kids and grandkids. Early in her career, she worked for Bell South Telephone Co. in Memphis as a telephone switchboard operator. Following her time with Bell South, Marilynn worked for the Memphis Consumer Credit Bureau in downtown Memphis as a file clerk, and then with CIT Leasing as a dictaphone operator. She married Michael Ford Bollendorf on August 17, 1968 in Memphis, TN. In 1974, they chose to establish a home in Saulsbury, TN where they raised their three children and remained through their retirement years. It was in 1975 that Marilynn began her career with the Hardeman County School System where she worked in the MES cafeteria, the MHS library, and served most of her 34 years as a manager/bookkeeper of the Middleton High School cafeteria. Marilynn had a variety of jobs over the years, but she believed her role as a mother was the most important role that she ever had. Marilynn often said that she just always wanted to grow up and be a mom. While she enjoyed her work outside of the home and the friendships that she made, her true passion was caring for others. She was a gifted caregiver. It was abundantly clear that she didn’t want to leave this world without knowing that her loved ones were being cared for. Having a family was always her focus and her children were very blessed to call her mom. In addition to her husband, Michael, survivors include her children, Keith N. Bollendorf of Jacksonville, AL, Nicole Gatewood (Kent) of Cabot, AR, and Melissa Taylor (Nathan) of Adams, TN; four grandchildren, Danielle Johns (Marshall), Joshua Hall, Megan Rye (Ryan) and Nikolas Taylor; three great grandchildren, MacKenzie, Haden and Parker Johns; brother, David Black (LaVonne), and sister Deborah Black. Memorial services will begin with a visitation for the family at 9:30 and friends at 10:00. The service will be at 12 pm Saturday, May 14, 2022, at Shackelford Funeral Directors chapel in Middleton. Burial will be in Saulsbury Cemetery. In lieu of flowers, the family requests memorial contributions in her name be sent to a local hospice.

Marilynn Bollendorf, 77, of Saulsbury, departed this life Friday, May 6, 2022, at her daughter's home in Adams, Tennessee. She was born June 30, 1944, in Memphis, daughter of the late Johnny Bernard Black and Mary Murphy Black. Marilynn always... View Obituary & Service Information

The family of Marilynn Bollendorf created this Life Tributes page to make it easy to share your memories.

Send flowers to the Bollendorf family.