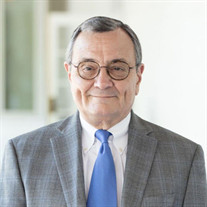 Robert Mark Scott, 67, passed away on October 19, 2021. He was the husband of Sylvia Coleman Scott. They shared 36 years of marriage. Mark was born on April 19, 1954 in Tunica, MS to Robert Vester Scott and Junie Lee Durham Scott. He graduated from Tunica Institute of Learning in 1972. He graduated with a B.S. from Memphis State University and an M.S. in Telecommunications and Information Systems Management from Christian Brothers University. He was currently completing his Ph.D. in Information Technology at Capella University. Prior to 2005, Mark was the president of Memphis Technology, Inc., a consulting company specializing in internet security and digital forensics. From 2002-2013, Mark served as an adjunct faculty member, an Assistant Professor in the College of Business, the Director of Instructional Technology, the Associate VP of the Academic Success Center, and as VP of Innovation and Technology at Freed-Hardeman University. Currently, he served as Assistant Professor of Computer Science and the program coordinator of the Cybersecurity program. Mark, Sylvia, and their family resided in Germantown, TN for 25 years. They worshiped at Park Avenue Church of Christ where Mark served as a deacon and elder. In 2010, they moved to Henderson, TN and worshiped at Estes Church of Christ, where Mark also served as deacon and elder. Mark is survived by his wife Sylvia; daughter Abigail Scott Drew (Brandon); sisters Tippi Jones (Dale) and Terri Williams (Dwight); and many deeply loved nieces and nephews. He is predeceased by his parents; son Robert Mark Scott II; nieces Andrea Jones Tavenner and Lauri Williams. The funeral service will be held on Saturday, October 23, 2021 at 2:00 p.m. at Estes Church of Christ in Henderson, TN with Doug Burleson, Mark Blackwelder, Dana Baldwin and Dwight Albright officiating. Burial will be at Mt. Zion Cemetery in Medina, TN. The visitation will be held from 10:30 a.m. to the time of the service at the church. Memorial donations may be made to the Estes Church of Christ Building Fund, P. O. Box 191 Henderson, TN 38340 or to the Andrea Jones Tavenner Scholarship Fund at Freed-Hardeman University, 158 East Main Street, Henderson, TN 38340. Shackelford Funeral Directors of Henderson 731-989-2421

Robert Mark Scott, 67, passed away on October 19, 2021. He was the husband of Sylvia Coleman Scott. They shared 36 years of marriage. Mark was born on April 19, 1954 in Tunica, MS to Robert Vester Scott and Junie Lee Durham Scott. He graduated... View Obituary & Service Information

The family of Mark Scott - Henderson, TN created this Life Tributes page to make it easy to share your memories.

Send flowers to the Scott family.