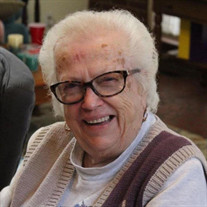 Martha Ray Sauls Leitschuh was born March 4, 1935 in Saulsbury, TN the daughter of the late William Harry Ray Sauls and Ruth Forrest Goddard Sauls. She was united in marriage to Roger Curtis Leitschuh Sr. on June 24, 1956. Mr. Leitschuh preceded her in death on April 16, 2010. Mrs. Leitschuh was a true Southern lady who believed in caring for her family and community. She was an alumnus of Lambuth College which launched her career as an educator. Her teaching career impacted so many students from kindergarten to GED graduates. Involvement in community was important to her: she was the Vice President of the Jaycettes for the state of Tennessee, member of the Eastern Star, and Vice Mayor of Adamsville. She was instrumental in acquiring the home and establishing the Buford Pusser Museum. As City Park Commissioner, she helped establish the City Park in Adamsville. Her love for helping people is what started the Reach Out and Angel Tree program in Adamsville. She participated in many fundraising events to improve many existing public services and to create new ones which were designed to benefit the entire community. A longtime member of the First United Methodist Church in Adamsville where she sang in the choir, taught Sunday school, and served on various church committees. Martha was a Life Master Bridge instructor and holds the Charter for the Jackson Bridge Club. She was asked on numerous occasions to serve as judge for local area beauty pageants and spelling bees. In 2021, she was honored to be the Grand Marshal of the Adamsville Christmas parade. Mrs. Leitschuh leaves behind a legacy of faith, family and love of community. Her quick wit and sense of humor will always be remembered by all who knew and loved her. Mrs. Leitschuh departed this life on February 12, 2022 in Nashville, Tennessee at the age of 86 Years, 11 Months, 8 Days. She is survived by her children: Maia Estelle Leitschuh Broyles and husband Rick of Saulsbury, TN, Roger Curtis Leitschuh Jr. and wife Wendy of Spring Hill, TN, Lori Sauls Leitschuh Shelton and husband Kenneth of Adamsville, TN; son-in-law, Johnny Thompson of Adamsville, TN; ten grandchildren, Dionn, Keesha, Martha, Grace, Raychel, Erik, Aaron, Shiloh, Sarah, and Emily; ten great grandchildren, Kobe, Curtis, Chip, Aubrey, Tommy Jack, Scarlet, Abel, Rohry, Deklan, and Ozzie; and a multitude of extended family, friends and acquaintances. In addition to her husband and parents, Mrs. Leitschuh was preceded in death by a daughter, Rubye Elizabeth Leitschuh Thompson; a sister, Jane Elizabeth Sauls Weatherly. In continuing with Martha's dedication to her community the family requests in lieu of flowers donations be made to local community organizations in her honor. A celebration of her life will be conducted at First United Methodist Church, Adamsville, on Saturday, March 5th, 2022. The family will receive guests beginning at 10:00 AM in the church activity building. The celebration of life service will begin in the church at 1:00 PM.

The family of Martha Ray Sauls Leitschuh of Adamsville, Tennessee created this Life Tributes page to make it easy to share your memories.

Send flowers to the Leitschuh family.