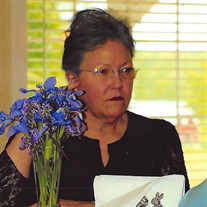 Mary Louise Wellons Powell, 79, passed from this life Sunday morning, January 30, 2022, at Pine Meadows Healthcare. She was born Friday, May 29, 1942, daughter of the late Louis Monroe Wellons, Sr., and Mary Elizabeth Pruette Wellons and lived her life here in the county. She married Gaylon H. Powell, Sr., on February 17, 1961 and he preceded her in death on February 7, 1989. She worked in the Trustee's office for Hardeman County for over 50 years, working with her husband for 17 years and taking over after his death in 1989, serving for 33 years. While in office, she held several state-wide positions connected with her job. She was a 1961 graduate of Grand Junction High School where she excelled as a basketball star. Mrs. Powell was a member of Grand Junction First United Methodist Church and attended Hickory Valley Baptist Church. Survivors include a son, Gaylon "Squeaky" Powell of Hickory Valley; a sister, Roberta "Sis" Parker of Somerville; nieces and a nephew, Andrea Parker Hughes (Roe), Amy Woods (Everett) and Paul Wellons; and several great nieces and nephews. In addition to her husband and parents, she was preceded in death by a brother, Louis M. Wellons, Jr., and two nephews, Chad and Mike Wellons. Memorial contributions in her name may be sent to Grand Junction First United Methodist Church or Hickory Valley Baptist Church.

The family of Mary Louise Wellons Powell created this Life Tributes page to make it easy to share your memories.

Send flowers to the Powell family.