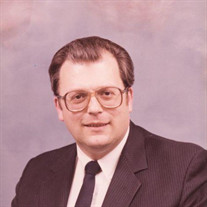 Reverend Melvin (‘Mel’) Ray Springfield Henderson, TN: Melvin Springfield passed away Tuesday morning, September 14th, 2021 at Jackson Madison County General Hospital. He was born and reared in Twin Falls, Idaho, the son of the late George Thomas and Dorothy Maxine Fuller Springfield. He graduated from Benson Polytechnic High School in Portland, Oregon in 1961 and from Conquerors Bible College in 1964. After graduation, he served as a youth minister and local fireman in Albany, Oregon. He later moved to Canada and served as an assistant pastor in both Toronto and Brockville, Ontario. He also taught at a Bible College in Picton, Ontario. In 1966, he married Kay Bell from Henderson, Tennessee and they made their first homes in Brockville, Picton, and Belleville, Ontario, Canada where they pastored and assisted in several churches. They moved to Dearborn Heights, Michigan where they started a brand new church, Christian Life Center, and pastored in that area for 26 years from 1971 to 1997. During that time, he served as Secretary for the Board of the Division of Christian Education within the United Pentecostal Church, International for 17 years. They “retired” and moved to Chandler, Arizona, but continued to serve in ministry at The River of Life Church in Phoenix and later had a small home-based church, The World Impact Praise Center, where they continued to minister and enjoy Bible study groups. While in the Phoenix area, Mel also worked at US Airways when he suffered his first stroke in 2004. He was later honored by the Mayor of the City of Tempe as “Employee of the Year” for his outstanding determination to recover and remain active in spite of his disabilities. In 2011, they moved to Henderson, Tennessee to be near Kay’s relatives and remained there until his passing. He is survived by his wife, Marilyn Kay Bell Springfield; daughter, Stephanie Colegrove (and Harold) of Romulus, MI; two grandchildren, Jonathan Colegrove ( fiancée, Emma Hernandez) and Zoe also of Romulus, MI; three brothers-in-law (Eric, Dave, and Frank Bell), their spouses and ten nieces and nephews (plus one deceased). He was preceded in death by his parents and his only sibling, William Springfield. The family will receive friends for visitation on Friday, September 17th from 5 PM until 8 PM at Shackelford Funeral Directors – Crook Avenue Chapel. The Funeral service will be at 11 AM Saturday, September 18th at Shackelford Funeral Directors – Crook Avenue Chapel with Rev. Harold Jaco and Rev. Stephanie Colegrove officiating. Burial will follow in the Henderson City Cemetery. Shackelford Funeral Directors (731) 989-2421

The family of Melvin 'Mel' Springfield created this Life Tributes page to make it easy to share your memories.

Send flowers to the Springfield family.