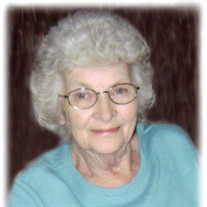 Monette Smith was born in Hardin County, Tennessee on August 31, 1936 the daughter of the late Harrold and Hester Rushing Austin. On March 17, 1951 she was united in marriage to Ray C. Smith, who preceded his wife in death on February 19,... View Obituary & Service Information

The family of Monette Smith created this Life Tributes page to make it easy to share your memories.

Monette Smith was born in Hardin County, Tennessee on August...