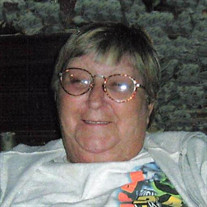 Nugene (Jean) Moore was born March 15, 1949 in McNairy County, TN the daughter of the late Warner and Francis Miller Moore. Jean attended school in Stantonville. She worked at Brown Shoe Company for several years and later as a bartender. She... View Obituary & Service Information

The family of Nugene (Jean) Moore of Stantonville, Tennessee created this Life Tributes page to make it easy to share your memories.