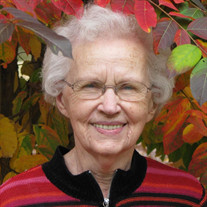 Ouidamai O’Neal Landreth was born June 27, 1923, near Leapwood in McNairy County, Tennessee. She is the daughter of Ohther Levan Landreth and Vora Ethel Brewer Landreth. Her siblings were Millard Ray Landreth, Giles Kermit Landreth, Mary Nell Landreth, and Lewis Wyatt Landreth, and a stillborn older sister.  As the daughter of a farming family, Ouida grew up working and playing with two older brothers and told of riding saplings where the brothers pulled a tree down, put her on it and then turned it loose.  Being light, she did not have enough weight to bring it back down and frequently had to be rescued.  Another favorite story was Ouida and Kermit burying teacake cookie dough that did not turn out well so that Vora would not find the wasted ingredients.  Two other stories were of taking Mary to pick violets the morning that she was to be picked up by her new husband to move to Memphis, and dancing the Charleston with brother Lewis. Ouidamai and Perry Warren Lott eloped to Corinth, MS, and were married April 18, 1942. They lived in Memphis, TN before Warren was inducted into the US Army. After his induction, they lived in Kalamazoo, MI and Baltimore, MD before he was shipped to London and Paris during World War II.  Pregnant and in Maryland when he left for Europe, Ouida rode the train back to Tennessee. Ouida lived with her parents and young son, Johnny, until the war ended and Warren returned.  After a brief stay in Jackson, TN, the couple moved to the Leapwood community where she lived the majority of her life.  Son Dennis and daughter Laura were born in Selmer and raised in Leapwood.   Leapwood was the place of most Lott family memories.  Warren and Ouida grew up in the Great Depression and worked as many today could not fathom. When Warren started in construction work, Ouida was in charge of getting the crops out. She washed clothes by hand, cooked on a wood stove, managed three gardens with another strawberry/potato patch, took care of a very large yard and flowerbeds, and did this until in her 90s. She was always up first in the morning, making fires, cooking breakfast and starting the day. In later years, she helped Warren with the bulldozer work, drove trucks, greased alemites, and more. After Warren died, she helped Dennis with more than 70 cattle, a 90-pounder among the 800-pound cows and 1400-pound bulls. With all the work, she was supportive of the kids and strongly encouraged them in school, sports, and all other activities. Ouida was active in the Family and Community Education Club of the Leapwood community since its inception and was an officer for decades, was an active participant in Senior Olympics (winning many medals over the years), worked with Warren with the McNairy County Republicans, and worked in elections.   A long time member of the Mars Hill Church of Christ, Ouida was treasurer and cooked many Sunday lunches; she also served on the Board of the Adamsville Senior Citizens Center, and worked with the McNairy County Hospital Auxiliary Club.  Additionally, Ouida sewed, quilted, tatted, learned to watercolor, collected pitchers, read, played Scrabble, and loved playing with her grandchildren - granddaughter Perry Lott; and grandsons Jon Lott, Paul Lott (before his death), William Thomas and Grant Warren Falk; and great grandson, Hamilton Grey Lott.   Widowed in 1987 after over 44 years of marriage, Ouida continued to maintain the family home, mow the yard, pick up trash along the Finger-Leapwood Road, visit friends in the nursing homes, bake cakes and cook food for countless fundraisers for the local fire department and the Leapwood Community Center, as well as check on numerous friends who were either sick or alone.  In rare spare moments, Ouida bird watched, fed hummingbirds, wrote and read poetry, and was especially fond of Helen Steiner Rice’s inspirational poems. Ouida was preceded in death by her parents and siblings, as well as husband Warren, and grandson William Paul Lott and is survived by her sons Johnny Warren (Carolyn), Dennis Lee (Kelly) and her daughter Laura Beth Falk (Chris); grandchildren Perry Lee Lott, Jon Lott, William Thomas and Grant Warren Falk, step-grandson Kyle Lewellen (Sarah) great grandson Hamilton Grey Lott; and many nieces, nephews, and other relatives. In lieu of flowers, the family asks that you consider a donation to the Mars Hill Cemetery Fund; C/O W. Finley; 443 Old Shiloh Road; Adamsville, TN 38310.

The family of Ouidamai O'Neal Landreth Lott of Oxford, MS created this Life Tributes page to make it easy to share your memories.

Send flowers to the Lott family.