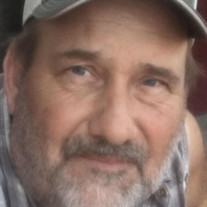 In Shelby County, TN on March 20, 1966, a precious gift from God in the form of a handsome little boy named Phillip Todd Kiser made his way into the world making the world a better place. This little boy completed the family of Alford and Mary Grace Blakely Kiser of Bethel Springs, TN and was welcomed by his sister, Melissa Ann Kiser. Alford was the son of Elmer Dee and Olga Sweat Kiser of Selmer, TN and was one of thirteen Kiser children. Mary Grace was the daughter of Harrison and Ophie Sweat Blakely and was one of five children. There is no doubt that Phillip was surrounded with love his entire life by the entire Kiser and Blakely families. Phillip also had one nephew, Brian Kiddy, of Bethel Springs. Phillip’s parents, Alford and Mary Grace, worked hard all of their lives and instilled that same work ethic into their son. Phillip attended Selmer Elementary School, Selmer Junior High, and was a Class of 1984 graduate of McNairy Central High School. He worked with Price’s Sawmill while he finished high school. When he graduated he began working at Spectrum Corporation in Hornsby, TN. He worked for Spectrum from 1984 until 2001 as a warehouse worker and a local truck driver. During his time trucking, many knew him by his CB handle, Tag-a-long. From 2001 until 2003, Phillip worked for International Paper in Jackson, TN on the paper machine making commercial paper bags. In 2003, Phillip was diagnosed with End Stage Renal Failure and began peritoneal dialysis at home for the next 15 months. On July 11, 2004, he received the most precious gift of a kidney transplant at Vanderbilt Hospital in Nashville, TN. Phillip also loved to farm and spent many years working on his family farm in Bethel Springs. In the late 2000’s, Phillip met Adam Plunk and an instant bond was formed. Phillip began helping Adam by hauling gravel for Adam Plunk Construction. Phillip also had a passion for working at Derailed Haunted House in Ramer, TN where he was a well-loved character. Phillip loved his work families and made many wonderful friendships along the way, touching many lives in the process. In April of 1989, Phillip’s path led him to Sondra Jackson and that once in a lifetime, true love began to blossom. The two were wed on May 11, 1990 at Antioch Church of Christ and Billy Wayne and Drithia Annette Weeks Jackson welcomed Phillip into their family as a second son. Phillip and Sondra attended Cypress Tank Church of Christ in Pocahontas, TN where his bother-in-law, Brian Jackson, serves as minister. Phillip became a member of the church in 1989. He served his church well. He made the Sunday morning announcements, led singing, and served his church. Phillip loved his in-laws, his church, and his church family very much and served as a Deacon at Cypress Tank Church of Christ until his death. In November of 1992, Phillip and Sondra welcomed their first child, James Phillip Kiser, in Corinth, MS. In January of 1997, the family home was expanded by two feet as John Clint Kiser was born in Corinth, MS. Ten years later, Phillip and Sondra decided to expand the home by two more feet and along came Luke Jackson Kiser who was born in Jackson, TN. Their family was complete. James is employed with Caterpillar in Corinth, MS. Clint is a Senior at Mississippi State University where he is a Landscape Architect/Contracting Major and has had his own landscaping business since he was fifteen. Luke was diagnosed with autism in 2011 and is a student at Ramer Elementary School. Phillip instilled the same work ethic that he was taught by his parents into his own children. He also loved his family more than anything on this earth. He beamed with pride as he would talk about his wife and children. He did whatever he could do to take care of his family. Phillip was one of the most thoughtful people you will ever meet and would do anything to help anyone. He loved life! Every single minute. He currently served as President of the Ramer Ruritan Club where he loved serving his community. He was a member of the Ruritan Club for just over six years. Through his work with the club, he served as President for two terms. During this time, the club received many gold awards for service to the community. Phillip loved doing things for others and making the community a better place. On October 2, 2020, Phillip passed from this life at Vanderbilt Hospital in Nashville, TN and entered into the presence of God. He leaves a host of family, many dear friends, and precious loved ones who will carry his memory in their hearts forever. Phillip certainly touched many lives in his 54 years on this earth. The world was a better place when he was born and, in the end, Phillip left it even better.

In Shelby County, TN on March 20, 1966, a precious gift from God in the form of a handsome little boy named Phillip Todd Kiser made his way into the world making the world a better place. This little boy completed the family of Alford and Mary... View Obituary & Service Information

The family of Phillip Todd Kiser of Bethel Springs, Tennessee created this Life Tributes page to make it easy to share your memories.

Send flowers to the Kiser family.