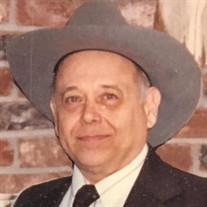 Raymond James Phillip was born June 10, 1930 in Evanston, Illinois, the son of the late Clarence G. Phillip and Esther Modloff Phillip. He grew up in Falls Church, VA and attended Antioch College in Ohio. Raymond served in the United States Army stationed in Panama during the Korean War. In 1960, he married Betty Claire Boswell and started working at IBM around the same year. Not only did they start a family, Raymond started an extensive career as a computer programmer. He was given the opportunity to work on the Mercury, Gemini, and Apollo missions. He also worked on all the lunar landing missions during that time. After retirement, Raymond and Betty moved to Memphis, TN in 1987. Before moving there, he attended an umpire school and was an umpire for American Legion baseball as well as colleges in the Midsouth area. He enjoyed sports, especially Ice Hockey. Mr. Phillip departed this life on January 21, 2022 in Savannah, Tennessee at the age of 91 Years, 7 Months, 11 Days. He is survived by a daughter, Sarah Hanson and husband Kenneth of Henderson, TN; a son, Raymond Boswell Phillip and wife Teresa of Olney, MD; a sister, Dorothy Gray of Harrisonburg, VA; a brother, George Phillip and wife Rhonda of Purcellville, VA; 5 Grandchildren; and a host of nieces and nephews. In addition to his parents, Mr. Phillip was preceded in death by his wife Betty Phillip in 2014.

The family of Raymond James Phillip of Memphis, TN created this Life Tributes page to make it easy to share your memories.

Send flowers to the Phillip family.