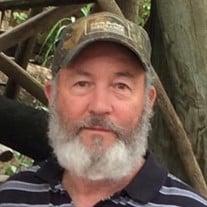 Ronald Jaggars, age 74 of Hornsby, passed away Friday, May 6, 2022, at his home in Hornsby, TN. He was born on Father's Day, 1947 at home in Stantonville to the late Amos F. and Inez Lucy Massey Jaggars. The family later moved to Hardeman County where Mr. Jaggars lived most of his life. A 1967 graduate of Middleton High School, he served our country in the US Army achieving the rank of Sergeant and was a firearms specialist. During his tour of duty, he was a sniper and Platoon Sergeant near the demilitarized zone in Korea. Mr. Jaggars was united in marriage to Ramona Vaughan on February 5, 1971. He spent his working life as a supervisor in several factories in the area. He worked at Reichold Chemical in Grand Junction, Ring Container Technologies in Oakland, Bruce Hardwoods in Jackson and retired from Maxwell Hardwood Flooring in Monticello, AR. It was there that he and Mrs. Jaggars lived from 1994 to 2016 before returning to Hardeman County. An avid outdoorsman, he enjoyed hunting, fishing, boating, camping and gardening. He also liked to attend NASCAR races but especially loved and cared for his grandchildren. He was baptized at Stantonville church of Christ and attended Baptist church with his wife. He leaves his wife of 51 years, Ramona Vaughan Jaggars of Hornsby; three sons, Jeffery Ronald Jaggars (Cecille) of Killeen, TX, Robert Vaughan Jaggars and Ryan Robert Jaggars, both of Hornsby; two brothers, John Lewis Jaggars of Ripley, MS and Tony Earl Jaggars of Savannah; four grandchildren, Blake Jaggars of Jackson, Shana Munoz, Suzette Jaggars and Jeffery Jaggars, Jr., all of Texas; and three great-grandchildren, Tatum Jaggars, Christian and Autumn Munoz. In addition to his parents, he was preceded in death by two sisters, Dolly Cawley and Wanda Lorraine Jaggars; and three brothers, Thomas F., James Robert and Billy Wayne Jaggars. Memorial contributions may be sent to the American Cancer Society (http://www.cancer.org) or St. Jude Children's Research Hospital. (http://www.stjude.org)

Ronald Jaggars, age 74 of Hornsby, passed away Friday, May 6, 2022, at his home in Hornsby, TN. He was born on Father's Day, 1947 at home in Stantonville to the late Amos F. and Inez Lucy Massey Jaggars. The family later moved to Hardeman... View Obituary & Service Information

The family of Ronald Jaggars created this Life Tributes page to make it easy to share your memories.

Send flowers to the Jaggers family.