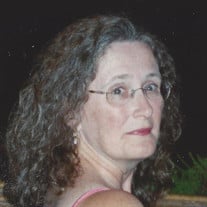 Rosemary Tillman Fulwood of Selmer, TN passed away at her home on December 29, 2020, due to complications associated with multiple myeloma, a type of bone marrow cancer. Rosemary was born October 27, 1952, the second child of Rose (Tilford) Tillman and Ralph Radford Tillman of Newbern, TN. She grew up in Newbern, but attended school in Dyersburg. At age 9, she contracted a rare and near lethal virus which led to frequent and prolonged hospitalizations for 3 years. Her long and painful ordeal instilled in her a patience and sense of kindness that she maintained throughout her life. Rosemary graduated from Dyersburg High School in 1970 and attended the University of TN Martin until she left in 1973 to raise her son, John. Her daughter, Virginia Ellen, became part of the family in 1976. When the children were in elementary school, Rosemary completed her B.A. in English at Bethel College. In 1984, she and the children moved back to Newbern where she began her career as an English teacher at Dyer County High School. She eventually received her Master’s degree from Union University in 1997. Rosemary married Rick Fulwood, a fellow teacher, in 2009. They built a log home in the woods outside of Selmer, TN and moved there after her retirement in 2013, having taught at Dyer County High School for 29 years. She loved to sit on her wrap around porch or by her big fireplace and read. She loved gardening, walking in her woods, and spending as much time as possible with her family. Rosemary is survived by her husband, Rick Fulwood, her son John F. Larkin III (Cris Ferguson) of Murray, KY, her daughter Virginia Ellen Larkin Of Newbern, TN, four grandchildren, 5 step-children, 2 sisters and five nieces and nephews. As one of her nieces wrote, “She was beautiful inside and out and our hearts will forever be broken. We will always remember her smile and laughter and the joy she brought to all of our lives.” There will be no services at this time, but a celebration of her life and scattering of ashes will occur in the near future, the date to be determined. Donations in her memory can be made to Juvenile Diabetes Research Foundation, World Wildlife Federation, or an animal shelter of your choice. The greatest way she can be honored is through ongoing kindness.

Rosemary Tillman Fulwood of Selmer, TN passed away at her home on December 29, 2020, due to complications associated with multiple myeloma, a type of bone marrow cancer. Rosemary was born October 27, 1952, the second child of Rose (Tilford)... View Obituary & Service Information

The family of Rosemary Tillman Fulwood of Selmer, TN created this Life Tributes page to make it easy to share your memories.

Rosemary Tillman Fulwood of Selmer, TN passed away at her home...

Send flowers to the Fulwood family.