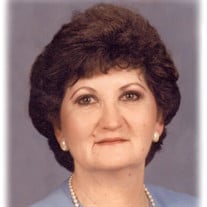 Edna “Ruth” Snelling left her Earthly home on Monday, April 11, 2022 at the age of 89 years, 9 months, and 1 day. She was born in Warrior Alabama on July 10, 1932 to the late Alfred Burns and Lee Baird Burns. On January 21, 1950, she was united in marriage to Hillard Gillespie “Jack” Snelling, Jr., who preceded her in death on July 29, 2017. Ruth was a devoted wife, mother, and grandmother. She loved God and her family more than anything. She found joy in the simplest things. Spending time with her family, taking rides, eating ice cream, and being outside enjoying God’s creation were some of her favorite things to do. Ruth is survived by her three children: Debra Snelling (Stephen Marvel), Cathy Turner (Keith), and Allen Snelling (Tina). She leaves behind three grandsons: Justin Snelling (Tristian), Hunter Frederick, and Logan Snelling (Morgan), and two great-grandchildren: Jenna and Josiah. She also leaves behind a special niece, Wilma Harris. In addition to her husband and parents, Ruth was preceded in death by four brothers, three sisters, and a very special nephew, Robert Harris.

The family of Ruth Snelling created this Life Tributes page to make it easy to share your memories.

Send flowers to the Snelling family.