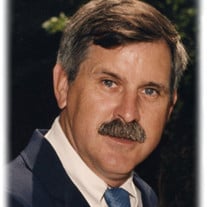 SAMMY LEE BRILEY was born in Hardin County, Tennessee on January 6, 1946 the son of the late Grover (Bake) and Nellie Jones Briley. On April 27, 1968 he was united in marriage to Peggy Jean Condrey, who survives. Sammy retired from Clayton Homes, where he worked in the shipping department and he also had worked for 25 years for Roser Handle Company. He was a member of Mt. Zion Church of Christ, where he served as an Elder for several years. Sammy was also a member of the Hardees' breakfast club. He loved going hunting with his sons-in-law, and filling the vending machines at Jones Motor Company so he could socialize with everyone. Sammy was an avid Tennessee Vols Fan and he coached youth and adult sports from the early 80's to present. He was a wonderful husband, father and an even better "Poppa". Sammy departed this life on Monday, January 18, 2021 in Jackson, Tennessee at the age of 75 years and 12 days. In addition to his wife of 52 years, Peggy of Savannah, Tennessee, he is survived by his two daughters, Stacy Briley Carman and her husband Jason, and Stephany Briley Jones and her husband Chad, all of Savannah, Tennessee; grandchildren, Tori Leigh Carman White and her husband Steven, Haden Allen Carman, Stryder Clark Jones, and Mabry Briley Jones; brother, Billy Briley and his wife Charlene of Savannah, Tennessee; sisters, Portia Briley Reyna and her husband Jesse of Selinas, California, Elaine Briley Colyn and her husband Rick of Seattle, Washington, Betty Briley Chessor of Pocahontas, Tennessee, and Angela Briley DeShazier and her husband David of Savannah, Tennessee; and honorary mother, Vivian Nesbitt of Savannah, Tennessee. Sammy was preceded in death by his parents, one sister, Evelyn Jo Wheathers, and two brothers, Earl Gene Briley and Paul Dean Briley. Memorial donations may be made to the Sammy Briley Memorial Scholarship Fund at Hardin County Bank. Pallbearers will be Haden Carman, Stryder Jones, Steven White, Stephen Johnson, Ray Shirley, and Phil Condrey.

SAMMY LEE BRILEY was born in Hardin County, Tennessee on January 6, 1946 the son of the late Grover (Bake) and Nellie Jones Briley. On April 27, 1968 he was united in marriage to Peggy Jean Condrey, who survives. Sammy retired from Clayton... View Obituary & Service Information

The family of Sammy Lee Briley created this Life Tributes page to make it easy to share your memories.

was born in Hardin County, Tennessee on January...