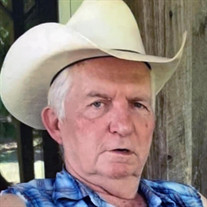 Samuel Adam Todd transitioned from this earthly realm to the heavenly realm at the age of 71 on July 6th, 2020 in Jackson, TN. He was born April 3rd, 1949 to James and Bertha (Loghry) Todd in Attica, AR. As a child, Sam was not afforded a good formal education, but was taught to work so that he could always support his family. His family and his relationship with his heavenly Father were his two most important things in his life. As a young man, Sam chose to serve his country and became a soldier in the US Army during the Vietnam War. Before and after his time in the military, he helped his mother support his younger siblings. Sam enjoyed 35 years of marriage with the love of his life, Lynn, during which time they raised three children and helped with a multitude of others. Sam was preceded in death by both parents, one sister, Martha (Todd) Miller, one brother Ted Todd, six nephews, 2 nieces and 1 grandnephew. Survivors in addition to his wife, Lynn (Jones) Todd are: two daughters - Karin Todd of Saulsbury, TN and Laressa (Todd) Herron of Saulsbury, TN; one son - Dall Parks, Jr and his wife Christina (Knight) Parks of Henderson, TN; five brothers - Douglas Todd and his wife Marjorie (Borchert) Todd of Pocahontas, AR, James Todd and his wife Mildred (Greer) Todd of Supply, AR, Daniel Todd of Bowling Green, KY, Richard Todd and his wife Mary (Breaux) Todd of Berwick, LA, Stephen Todd and his wife Cindy ( ) Todd; five sisters - Marena (Todd) Hendrix of Donovan, MO, Mary (Todd) Reed of Pocahontas, AR, Mildred (Todd) Burk of Pocahontas, AR, Margaret Todd of Pocahontas, AR and Melvina (Todd) Hunt of Pocahontas, AR; seven grandchildren – Melissa Watkins, Morgan Parks, Adam Todd, Aubrey Parks, Seth Vickers, Briley Braswell and Hayden Herron; one great-grandchild – Isabell Sloan, and many nieces and nephews. Visitation will be held at Shackelford’s Funeral Home in Bolivar, TN between 1 - 3:00 pm on Friday July 10 ,2020, followed by a graveside service of remembrance at the Todd Family cemetery. Flowers or live plants can be sent to either Shackelford’s in Bolivar or to their home at 5460 Lake Hardeman Road, Saulsbury. While visiting or attending services for Mr. Todd, please consider the following guidelines: * Maintain 6 feet between yourself and the next closest person; * Refrain from hugs and handshakes; * When you sneeze or cough, use your elbow to cover your nose and mouth; * Wash your hands often; * Avoid touching your face; and * Minimize time spent in places where people gather. Thank you for your thoughtfulness and consideration.

Samuel Adam Todd transitioned from this earthly realm to the heavenly realm at the age of 71 on July 6th, 2020 in Jackson, TN. He was born April 3rd, 1949 to James and Bertha (Loghry) Todd in Attica, AR. As a child, Sam was not afforded a good... View Obituary & Service Information

The family of Samuel Adam Todd created this Life Tributes page to make it easy to share your memories.

Samuel Adam Todd transitioned from this earthly realm to the...

Send flowers to the Todd family.