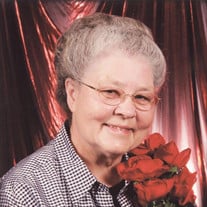 SHIRLEY DILLINGER Henderson, TN: Shirley Ann Eaton Dillinger age 79, passed away August 4, 2021 at Jackson Madison County General Hospital. She was born May 9, 1942 in Manila, AR the daughter of the late Frank Leander and Tuler Mae Wagner Eaton. She grew up near Elaine, AR. She married William Darrel Dillinger on November 21, 1958 and they made their home in West Helena, AR. She was a nurse for many years and her and Darrell owned and operated a Convenience Store in Elaine, AR for about eleven years, after his passing in 1993. She began working for the Phillips County School System as a cafeteria worker. She was a member of the Christ Community Church in Henderson. She had been a Sunday school teacher for many years, and was active in her church, visiting hospitals and ministering to the sick in their homes and praying with them. Mrs. Dillinger is survived by a daughter, Janice Womble of Luray; two grandchildren, LeeAnna Womble and Addie Mae Womble and three sisters, Beatrice Prince of Lawrenceburg, TN, Mary Tice of Saltillo, MS and Nora Chambers of Booneville, MS. She was preceded in death by her parents; her husband, William Darrel Dillinger on June 30, 1993 and a brother, Raymond Wagner. Funeral services will be 11:00 Am Monday, August 9th at Shackelford Funeral Directors – East Main Chapel with Pastor Michael Rickenbaker officiating. Burial will follow on Tuesday August 10 at 1:00 PM in Sunset Memorial Park Cemetery in West Helena, AR. The family will receive friends at Shackelford East Main Chapel 5:00 PM until 8:00 PM on Sunday. Shackelford Funeral Directors of Henderson 731-989-2624

The family of Shirley Ann Dillinger of Henderson created this Life Tributes page to make it easy to share your memories.

Send flowers to the Dillinger family.