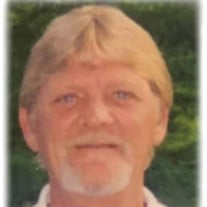 was born July 24, 1956 in St. Charles, MO the son of the late Thomas Andrew and Hazel Maxine Hoelscher Jennings. He was a boat captain. Mr. Jennings departed this life on Friday, June 18, 2021 at his residence in Stewart, Tennessee at the age... View Obituary & Service Information

The family of Theodore Eugene Jennings created this Life Tributes page to make it easy to share your memories.

Send flowers to the Jennings family.